Today, we bring you concluding part of the late Professor Pius Adesanmi’s keynote address he delivered at the 2014 Obafemi Awolowo Memorial Symposium held in Lagos. 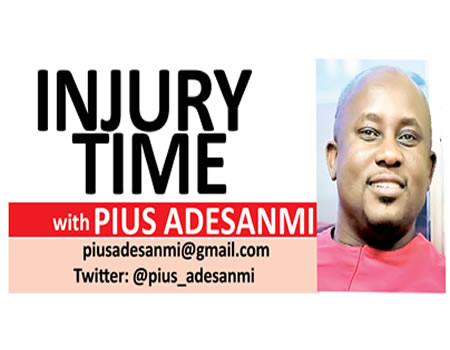 Igbo re, ona re. Apart from true federalism and its associated advantages, the minority question constitutes another significant signpost on the Awo road to constitution-making. Indeed, he treats this question with so much empirical minutiae that a detailed outline of his breakdowns and permutations would have to wait until the discussion part of our proceedings. Suffice it to say that he warns that a federal constitution must at all times be sensitive to minorities and sufficiently malleable to take care of their legitimate fears of domination whenever the need arises. Says Chief Awolowo of ethnic minority groups:

“We must not group them or any of them with any of the larger and self-sufficient linguistic groups. If we did, we would be placing the small linguistic group or groups concerned in a state of comparative political and social disability. A minority problem would thereby be created which would demand solution… with great respect, we do not think that it is possible to charm the minorities and their problems out of existence… the truth is that minorities do and will always exist in Nigeria… Vis-a-vis the majorities, these minorities, these minorities have their fears –real or imaginary – which can only be allayed by unequivocal and entrenched constitutional arrangements.”

The minority question can only be handled with unequivocal and entrenched constitutional arrangements! Igbo re, ona re! Ladies and gentlemen, what do you think has been Nigeria’s answer to this particular aspect of the Awo road? You need not look beyond this podium for Nigeria’s answer. Given “igbo re ona re” and other cultural deployments in this lecture, some of you can be forgiven if by now you’ve concluded that I am Yoruba. Well, Nigeria disagrees with you. Nigeria says I’m a northerner. In fact, technically, Nigeria would rather have me silence my Okun-Yoruba identity and blend into some northern lapland in which the beneficence of an umbrella Hausa-Fulani identity would take care of all my problems in the Nigerian family.

Constitutional guarantees of the financial viability of the constituent parts of the federating unit is a key feature of the Awo road. This need not detain us beyond the observation that we have done the exact opposite of this requirement. And I believe that other key areas of Chief Awolowo’s thought such as the importance of separation of powers, secularity of the Nigerian state, and the need for local government autonomy (p.149) can be examined in fuller detail during our discussions.

What I propose to do for the rest of the time that I have is to examine a number of issues which, Chief Awolowo himself admits, may strike the average person as trivia and unworthy of discussion in the context of constitutional considerations. However, the significance of these false trivia can only be measured by the heavy price Nigeria pays today for failing to pay adequate constitutional attention to them. Perhaps the attention that Chief Awolowo pays to such issues as would appear to the ordinary man as trivia is also because he understands that they can combine to vitiate what he calls the social objectives of a federal constitution. It is under these social objectives that he addresses a wide range of issues in consonance with his socialist persuasion, such as education, health, human capital development, employment, poverty. If you are tempted to think that a constitution is not a party manifesto and should not be dabbling into social objectives, Chief Awolowo already anticipates your train of thought and pre-empts you in this passage:

“It may be objected that all we have been saying has nothing to do with constitution-making. Our emphatic answer is that it has a mighty lot to do with it. Our experience during the past six years has shown… that though we are ostensibly free as a nation, yet as a people we remain tightly shackled in the chains of ignorance, disease, want, and native tyranny. It is a duty which we owe to ourselves, and to future generations of Nigerians, to ensure, as far as human ingenuity can contrive it, that the demons which held us in thrall under the old constitution are fought and destroyed under the new constitution.”

Igbo re, ona re! What then are the false trivia that could stand in the way of a constitution achieving its stated social objectives? How many of you in this hall have ever given a thought to the fact that the convoys of our government officials could stand in the way of the constitution and national progress? If you’d never made a connection between the constitution and the convoys which always drive you, Nigerian citizens, off the road whenever an Oga at the Top is passing, here is what Chief Awolowo has to say in making that critical connection:

“In the fourth place, some people may wonder whether it is necessary to make provision in the constitution forbidding the Prime Minister and Premier and their ministers to make use of the services of police orderlies and outriders, and to inspect a guard of honour. The unfortunate thing, however, is that these little and trivial-looking things had contributed in no small measure to tenacity of office on the part of those who held these offices under the First Republic. They had imagined that their individual ego would be deflated almost to the point of political extinction if they were deprived of these empty and vain trappings. They had, therefore, been driven to practise all kinds of chicanery and vice in order to remain in office. We must not allow our public men to develop this type of warped sense of value in the future.”

Poor Chief Awolowo! How could this phenomenal thinker have known that almost three decades after his death, these public men would even allow their constitutionally unrecognized wives to develop a warped sense of value, shut down Lagos, Abuja, and Port Harcourt whenever they come to town, harass elected state governors, and dip their hands into our national treasury at will to fund ephemeral monuments to their ego that the next First Lady will erase entirely! If Chief Awolowo had imagined that the degree of travesty we witness today in the name of First Ladyship would happen even in a million years, my wager is he would have proffered constitutional checks which we would have ignored anyway! Those going to Abuja may want to think seriously about this First Lady business. Chief Awolowo would not have remained constitutionally indifferent to such unspeakable travesty.

There are other issues the discussants may also want to take a look at in the light of Chief Awolowo’s exhortation to his readers to assess his views and proposals with “constructive objectivity”. Chief Awolowo, for instance, was in favour of a bi-cameral federal legislature. Perhaps, the circumstances of his times dictated this conviction. Given the fact that to describe our National Assembly in Abuja today as corrupt and indolent is to be nice to it, do we still need two chambers today and should our lawmakers be working full time?

There is also the question of independent candidacy in elections. Chief Awolowo views this very negatively and proposes its non-recognition in the constitution. Do our circumstances today support this stance? Given the climate of ideological poverty in our contemporary party politics where the two leading parties in the country are currently trading migrating herds of corrupt and ethically-challenged politicians, is it not time to start giving serious constitutional considerations to the question of independent candidacy?

“Good leadership involves self-conquest; and self-conquest is attainable only by cultivating, as a first major step, what some applied psychologists have termed ‘the regime of mental magnitude’. In plain language, the regime of mental magnitude is cultivated when we are sexually continent, abstemious in food, abstain totally from alcoholic beverage and tobacco, and completely vanquish the emotions of greed and fear”.

You think this is too severe? Papa Awolowo is not done yet. Listen to this:

“There are those who would regard these prescriptions for leadership to be too stringent. They are welcome to their view; but for the good of the fatherland, such people should steer clear of the affairs of State, and confine their activities to those spheres where their excessive self-indulgence cannot incommode the entire nation, to the point of threatening its very life”.

Igbo re, ona re! Well, much to our misfortune, such people did not listen to Chief Obafemi Awolowo. They did not steer clear of the affairs of state. On the contrary, they dragged the state and her affairs towards “igbo” where Awolowo had prescribed “ona”.

When a musician saw the tragic consequences of their preference for “igbo” and hatred for “ona” and began to sing “Nigeria jaga-jaga, everything scatter scatter, poor man dey suffer suffer”, they clobbered that musician, abused him, said that it was his father and mother who are jaga-jaga, and subsequently went to Abuja to receive Centenary honours in recognition of their illustrious contribution to fifty-three years of national bedwetting and diaper-wearing. Nigeria jaga-jaga…