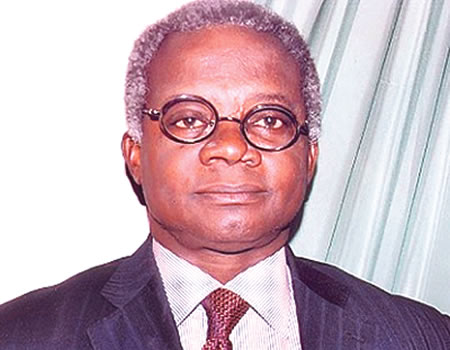 THE Director-General of Voice of Nigeria (VON), Osita Okechukwu has defended the non-arrest of the Arewa youths who issued a quit notice to the Igbos to leave the Northern part of the country, saying it is strategic.

Okechukwu described the non-arrest of Yerima Shetimma and his cohorts of Arewa youths for their arrant, unpatriotic, unconstitutional and provocative quit notice as strategic. “Arrest and detention wittingly and unwittingly make agitators celebrities.”

He was reacting to the speech of Chief John Nnia Nwodo, the President-General of Ohaneze Ndigbo during the inauguration of 100-man advisory committee on economic and political affairs in Enugu at the weekend to the effect that, “What remains worrisome is the incapacity of the police to make needful arrests in the situation pointing to double standards from our security forces.”

In a statement at Akpakwume Nze, Enugu State, on Sunday, Okechukwu disagreed with Nwodo that the security agencies were playing double standards by not making arrests over the quit notice.

He recalled that “it was the arrest and long detention of an equally provocative, unpatriotic and unknown Nnamdi Kanu of the Indigenous People of Biafra (IPOB) that made him a celebrity. His detention gave rise to the disgusting and sordid situation in the country today.

“Methinks the non-arrest of Yerima Shetima and cohorts of the Arewa Youths for their arrant, unpatriotic, unconstitutional and provocative quit notice is strategic. Strategic in the sense that more than any other factor was the arrest and long detention of harmless, but as well provocative Nnamdi Kanu of the Indigenous People of Biafra (IPOB) which led to this sordid scenario. Detention made Kanu with no fixed address became an instant celebrity. Had Kanu not been arrested, his agitation could have fizzled out unnoticed,” the VON DG said.

Asked whether he consulted the Inspector-General of the Police before coming to this conclusion, Okechukwu quipped: “I didn’t consult the Inspector-General of the Police or any security officer for that matter, but common sense. The security chiefs might have reasoned that it is better to allow the storm to boil over, instead of creating another celebrity. As time is the healer of all wounds.”

“I am surprised why Chief Nnia Nwodo, our President General, who loves us, the millions of Ndigbo who live in the north more than ourselves, did not worry why Nnamdi Kanu was not rearrested after serial violations of court order. Is it not double standard to allow somebody who flagrantly violates court order to move about freely? If by the same token, Kanu is not rearrested, I bet you that his sponsors will thin down,” he said.

While agreeing that as the President General of Ohaneze, Chief Nwodo should be concerned on the fate of Ndigbo worldwide, Okechukwu said, “I have great and tremendous respect for Chief Nwodo and was part of his campaign against Professor Chinwike Ejike, who incidentally hails from my area. ”

The DG, however, advised that in times like this, “prominent people like Chief Nwodo should be more reticent, pragmatic and strategic. We have passed this road before and we know that the fault lines can be strengthened.”

Asked if he was opposed to return to regional government and the Jonathan Confab, Okechukwu said it does not matter whether he opposes or supports the Confab; “the truism is that the Confab did not recommend regions, but creation of more states. If we join hands and demand one additional State based on equity and justice, Nigerians will listen to us, than outright secession.”