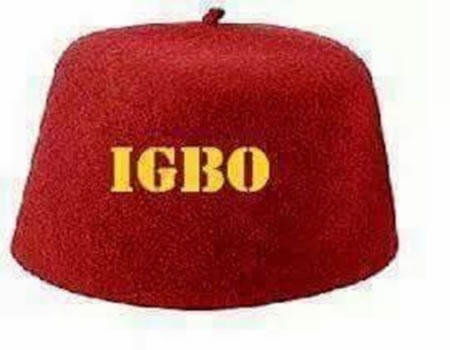 IGBO Activists under the auspices of “Igbo Civil Society Coalition (ICSCO) on Saturday met in Enugu and faulted the Federal Government for branding members of Indigenous People of Biafra (IPOB) as terrorists.

In a communiqué signed by the National Coordinator of the coalition groups, Professor Obasi Igwe and the Convener, Mazi Ikechukwu Bismarck Oji, the human rights activists stated, “The ICSCO fully recognizes and respects everyone’s right to peaceful self-determination in line with extant international laws.

According to them, “the declaration of an unarmed and nonviolent group as a terrorist organization is an afterthought whose basic intention is to shield those committing genocide and ethnic cleansing against Ndigbo from prosecution at the International Criminal Court (ICC) and divert attention from the bad governance and attempts to truncate the democratic process in Nigeria”

The Communiqué further read in parts: “The ICSCO totally condemns the use of state terrorism to create a unilateral state of war in Igbo land and intimidate, gag and silence the Igbo nation from self-expression in Nigeria.

‘That the purported proscription of IPOB by South East  Governors,  aside being illegal, is against the fundamental human rights of the group.

“Terrorism is a premeditated armed attack on non-belligerent targets and neither Mazi Nnamdi Kanu, IPOB  or any other Pro-Biafran group has done this or procured arms to do so. Contrarily, it is the Fulani herdsmen, who have been a bloody war against farmers and communities that should be appropriately so labelled and tackled decisively more so since they are ranked 4th on the Global Terror Index (GTI).

“We note that most of the Commanders currently executing the “Operation Python Dance”, and who have been accused of committing acts of torture, murder and genocide in Aba, Umuahia and other parts of Igboland came from a single tribal/ religious group long accused of using the “The Nigerian Army” to pursue their ethnic, religious and sectional objectives.

“The case against Mazi Nnamdi Kanu is already in court and jumping the legal process to use extra judicial means to deal with any section of Nigeria while looking the other way at terrorist and ethnic cleansing programmes being committed against various Nigerians must remain condemned before the Nigerian constitution, international law and various conventions to which Nigeria is signatory.

“The ICSCO formally brings to the notice of the National Assembly and the international community, the unprovoked and unwarranted genocide and ethnic cleansing being levelled against Ndigbo and urge them to compel the immediate withdrawal of the Army from Igbo land and bring to speedy justice those responsible for the murder, torture and killing of unarmed Igbo civilians.

“We continue to appeal to members of IPOB to keep calm and not to take the law into their own hands. Rather, they should endeavour to record and document all acts of torture, murder and other crimes against humanity perpetrated by the military against their members for purposes of seeking legal redress.

“Similarly, in the face of the current development, we call on Ndigbo to remain peaceful, vigilant, patient and go about their businesses in a lawful manner.