If court okays Senator Balogun’s suit, it means moment all the chiefs die up to Ikolaba, there will be nobody to be promoted to the post of Olubadan —Michael Lana, ex-Oyo Attorney General 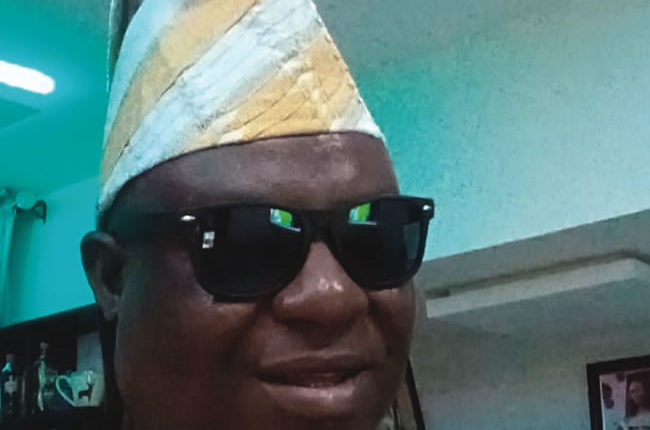 A former Oyo State Attorney-General and Commissioner for Justice, Mr. Michael Lana, in this interview by SAM NWAOKO speaks on his letters in which he posited that a new Olubadan cannot be installed with pending matters in court and related issues.

Sir, you wrote a letter as a follow-up to an earlier one in which you had posited that there cannot be a valid nomination of a new Olubadan because of pending legal issues. What informed the second letter?

I wrote in reply to their lawyer’s letter. They wrote that my first letter was self-serving. So I had to reply them that, firstly, my position is not self-serving because I’m not looking for anything as gain whatsoever. Secondly, I am an Ibadan man and I have a right on my own to speak on the chieftaincy stool of my town. I did not write my letter on behalf of Senator Rashidi Ladoja. Even Ladoja and I can disagree on this issue. I’m an Ibadan man and I have the right to speak on matters like this. If it was Ladoja that has not acted properly on this issue, my position would have been against his action.

You said all that needs to be done is for Senator Lekan Balogun to withdraw his suit and all would be settled?

Yes. If he withdraws his suit, that means they have accepted that they are not kings. In that case, they have a single title and not dual titles. They are of the position that they could still retain their title of Otun Olubadan and I wonder where that is written in the Olubadan Chieftaincy Declaration that anyone who holds dual titles can become the Olubadan.

How will that now settle the matter, given the fact that about 34 Obas would be affected?

There are two different cases but it must be noted that all of them are holding that title illegally. Now, what they want the court to say is that the judgement that removed their crown should be set aside. So, all of them would rise and fall together. If they refuse to withdraw the suit, what they are saying is that the governor has no right to install anybody as Olubadan until judgement in that suit has been given. So, if the Chief Judge, who is handling the matter now says ‘you are Obas’ and  also say that ‘I have set aside that judgement’, the issue will now be: Can they get promotion anymore in addition to the promotion they had received before? Can this stand? They can no longer be Olubadan-in Council and if they can be, then they cannot be Oba.

In the concluding paragraphs of your last letter, you wrote about certain ‘misconducts’ allegedly by the Olubadan High Chiefs which disqualify them from becoming the Olubadan. What are these misconducts, can you speak more on them sir?

There was a time they withheld the salary of the Olubadan. There was a time they gave the Olubadan 21 days ultimatum to do something. Is that not misconduct? Can I give my boss certain number of days to open or close the door? Remember also that there was a time they refused to go to the palace. When the Central Council of Ibadan Indigenes (CCII) waded in, they refused to bulge until the CCII said let the showdown end and paid certain fees on their behalf. Their refusal and the fact that the CCII had to intervene, is that not misconduct? That is misconduct. Would they want the chiefs under them to do the same thing to them? Would they like it?

Some are saying that some of the chiefs at Mapo at a meeting of the Olubadan-in-Council were not qualified to be there. How do you see this?

I spoke about this earlier and I maintain that a lot of things were wrong with that meeting and those make the meeting invalid. Firstly, under the Olubadan Chieftaincy Declaration, when they want to nominate a person to become the Olubadan, the person to be nominated must not be part of the meeting. Senator Lekan Balogun was part of the meeting on Wednesday. That makes it seriously illegal. Secondly, the Iyalode, representing the womenfolk of Ibadan, must be there just to say that even Ibadan women are part and parcel of the selection process. The Iyalode was not there. Thirdly, the Ekarun Balogun and Ekarun Olubadan that were there are not part of the kingmakers under the Ibadan Chieftaincy Declaration. That is why I asked the question when news reports said 10 out of 11 chiefs endorsed and I asked ‘which 10’? The 11th person is Seriki and nobody is holding that position for now. Actually they are 10 and the question is ‘where are the 10? Fourthly, it is the most senior in the line that would nominate the eligible person. The Osi should nominate the Otun and Chief Rashidi Ladoja should have done that. Where was he? Who did the nomination? So, what they did on Wednesday was a comedy.

What do you think should be done now? What is the way out of all of this?

We should go back to the basics. The late former Governor Abiola Ajimobi did something that should not have been done. There had been peace in Ibadan selection process. In Ibadan, the issue of ‘this person cannot become the Olubadan because I don’t like him’ does not arise. If it is his turn it is for him just to attain the status. They don’t even know the implication of what they did. The gazette that made them Oba has also reduced the number of chiefs. The post of Jagun has been deleted. Right now, under that gazette, no Mogaji can get to the line of Olubadan – either Jagun Line or Olubadan Line because there is no provision for their promotion to the next line. It means that if we follow that gazette, the moment all of them die up to Ikolaba, there will be no more chiefs in Ibadanland because nobody can be promoted to Ikolaba. You cannot be promoted to Ikolaba from Mogaji under the Ibadan Chieftaincy Declaration. You can only be promoted to Jagun. There is no law that says that a Mogaji can be promoted to Ikolaba. Now if there is nobody to be promoted to Ikolaba that will lead us to Olubadan, because it has been cancelled, so in essence it means that by their conduct, there will be no more Olubadan of Ibadan after them. That is the implication of their action. If the high court says ‘I set aside the judgement’ in effect it means that the gazette is valid. The moment all the chiefs die up to Ikolaba, there will be nobody to be promoted to the post of Olubadan. In fact the title of Olubadan will cease to exist. That is the implication of the law. So, is it now morally right for these High Chiefs, who concurred and abetted with this serious desecration of Ibadan culture; are they morally right to want to be the Olubadan, when they have concurred and are fighting that this gazette should be sanctioned by law and by that gazette nobody in the future after the Ikolaba can become the Olubadan?

What should they now do?

They should withdraw their suit, which would mean that the gazette is forever nullified. Everybody will now go back to their chieftaincy, then we will now know that the chieftaincy set up is from Jagun to Olubadan; and that all Mogajis can now be hopeful of being promoted to Jagun. What I’m trying to do is to preserve the culture of Ibadanland. What I am doing has nothing to do with Ladoja. People do not look at the implications. Even the Attorney General of the Ajimobi government did not look at it from the wide spectrum of the legal implications of that gazette.

No sperm in my semen