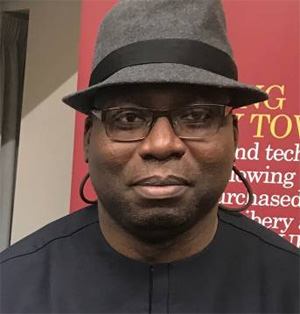 THE Chairman, Independent Corrupt Practices and Other Related Offences Commission (ICPC), Professor Bolaji Owasanoye has pledged the commission’s commitment to working together with financial institutions in order to rid them of corrupt elements.

He stated this during a courtesy visit of the management of Bank of Industry (BOI) to the commission’s headquarters in Abuja.

Professor Owasanoye, in a statement by the commission’s spokesperson, Mrs. Rasheedat Okoduwa, a copy of which was made available to Tribune Online in Abuja, on Monday, expressed concerns at “the complicity of a few of Nigeria’s financial services industry companies in the ruination of the country,”stating that “one bad apple can ruin the entire bunch.”

The chairman described how some financial institutions condone unethical conducts by opening accounts for “criminals” and how they use innuendos to make suggestions of criminality to lure customers.

ICPC boss pointed out that unethical investors undermine the ethics of the industry, and promised to deal decisively with the likes of them who infringe the law.

According to him, “it is by working together that we can isolate those who give everybody a bad name.”

Earlier in his remarks, the leader of the team and BOI Managing Director (MD), Mr Olukayode Pitan, explained that they were on the visit to intimate the Commission of their activities and operations. He added that BOI has always counted on the cooperation of ICPC as a stakeholder.

He also noted that BOI as one of the only two Development Financial Institutions in Nigeria was used to disburse the TraderMoni and FarmerMoni Policy of the Federal Government.

According to the MD, over 1.8 million Nigerians have benefitted from the disbursement so far.

Putin, North Korea’s leader to meet by end of April