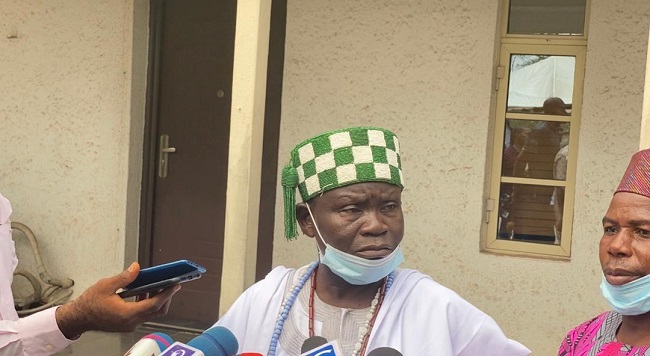 The Ibarapa Traditional Council has declared that calm has been restored to the zone with residents now free to go about their normal duties without fear.

The Onidere of Idere land, Oba Aderoju Kingsley, made this declaration after several traditional rulers of Ibarapa zone met with Governor Seyi Makinde at government house, Ibadan, on Thursday.

According to Oba Aderoju, who is General Secretary of the Ibarapa traditional council, calm was restored to the zone after Makinde’s recent tour of Ibarapa.

He added that the zone was on its way to attaining supreme peace with the state government to inaugurate peace and security committees in each of the three local government areas, on February 15.

Aderoju said, “We have discussed at length with the governor and the governor promised us that he is going to look into the matter and we are going to have a statutory meeting, especially in our areas to see to the welfare of the people of Ibarapa land.

“The governor also promised to set up a Peace and Security committees in the three local government areas of Ibarapa and will use Ibarapa as a test case.

“Since governor came down to Ibarapa, the situation in the area has become calm and everybody is now free to go to the places they wish to go.

“We are here to appreciate the governor because it is the first time that we will see the governor in Ibarapa land. We have appreciated what he has done for us. What we did will show a sign that peace will reign supremely in Ibarapa.”

On the existence of a territorial warlord in Ayete area, named Iskilu Wakili, Oba Aderoju said the concern of the traditional rulers was for the government to send away all criminals in Ibarapa.

“Wakili is not the only problem we have in Ibarapa. We have problems in Ibarapa and we cannot just make mention of one person. If we make mention of Wakili, what of those who are not Wakili and are troubling us?

“What we want the government to do for us is to send all the criminals away from Ibarapa,” Aderoju said.