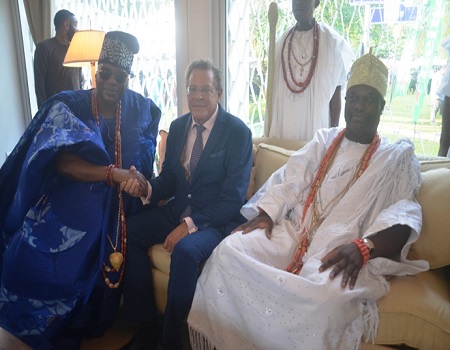 The first cosmopolitan Club in Africa, established in 1902, Ibadan Recreation Club has appointed four eminent Nigerians into the Club’s body of patrons.

According to a press release issued on behalf of the Central Executive Committee and the entire members, by the President of the Club, Engr. Olumakinde Oni, which was made available to Nigerian Tribune on Thursday, the appointment of the Patrons was in fulfillment of the constitutional provisions of the Club.

Tribune gathered that the apex organ of the Club, in its meeting of Tuesday, August,20, 2019 unanimously considered and approved the appointment of the foremost paramount ruler, His Imperial Majesty, Ooni of Ile-Ife, Oba Adeyeye Ogunwusi, the Ojaja 11; His Imperial Majesty, the Emir of Ilorin, to the Body of Patrons of Ibadan Recreation Club.

The entire members of the club wished them a salutary mentorship, guidance, and contribution to the development and growth of the international club.

“Xenophobic attacks on Nigerians is shameful, unacceptable to black race”…