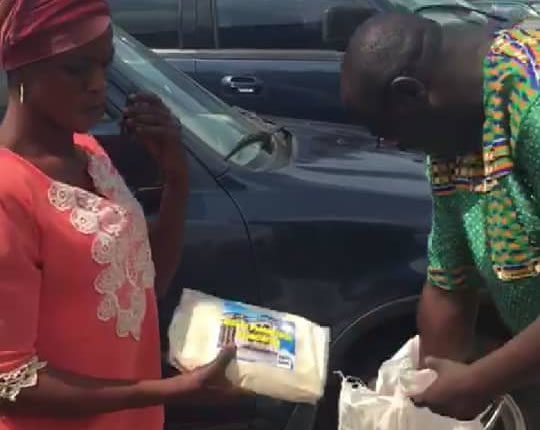 According to the vice president of the group , Ajibike Isaac, the distribution was an attempt to give succour to the needy in the society.

He added that the group also embarked on the project to celebrate a festive season in America, called “Thanks giving Holiday”.

“Since we are members of the USA chapter, we embarked on the distribution of the palliative in order to celebrate a period called “Thanks giving Holiday” in America.

While he also noted that the food items was sponsored by members of the group in Nigeria ,which include, Cdr Ajibike Isaac, Chief Wale Akande, Wole Adebale, and Ayo Afolabi.