I would love to go through life with Yinka Odumakin again if there’s reincarnation, says wife 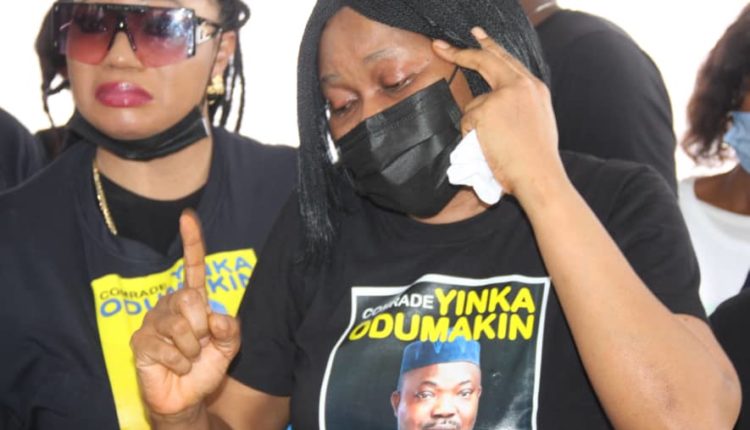 Wife of the the speokesperson of the Yoruba sociocultural group, Afenifere, Yinka Odumakin, Dr Joe-Okei Odumakin, has said that she would love to go through her life with the deceased activist if there is reincarnation.

She said this at the lying-in-state and day of tribute held for him at the Police College, Ikeja.

She described her late husband as an encyclopedia of positive activism while noting that it is difficult to speak about him having known him for three decades.

She, however, stated that the encomiums showered on the deceased would serve as a soothing balm, assuring that his ideals will live forever.

“If there is a reincarnation, I want to go through my life with you again. It is extremely difficult to talk about Comrade Yinka Odumakin having known him for three decades.

“He is an encyclopedia of positive activism. He was a great live wire.

“We spent 24 years together. Comrade was very selfless. The week before going to the hospital, he told me his itinerary but the physiotherapist said his oxygen was low. But, he still went ahead with his itinerary for the Nigerian course.

“All that had been said about him would always remain as soothing balm. One thing that is assuring is that his ideals will live forever,” she stated.