I would have been nobody without music —Wizkid 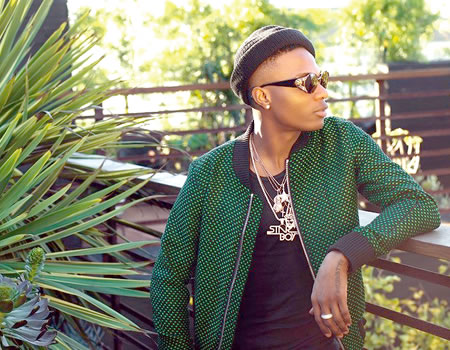 The name ‘Wizkid’ is a famous one in the global music industry. With four studio albums to his  credit, including ‘Made in Lagos’ which has reportedly racked up hundreds  of millions of streams, the artiste born Ayodeji Balogun is widely regarded as one of the  biggest artistes to come out of Africa.

He has won many awards and nominations on every possible platform for his talent and this leaves critics with no option but to acknowledge his success.

With a career, track record and list of endorsements that many of his colleagues can only envy, Wizkid has revealed that he would not have amounted to much if he were not to be doing music, as he was not born with a silver spoon.

Speaking during an interview by popular American model and television personality Naomi  Campbell during the week, the Lagos-born Ojuelegba crooner disclosed: “If I wasn’t blessed to be doing music I would have probably been on the streets. I am not  from a rich family and I wasn’t raised with a silver spoon in my mouth, so I feel I was blessed so I can be  a blessing to my family and to those around me.

“I believe if I wasn’t making music I would have been on the streets hustling like every other kid. God blessed me with music and it’s safe to say music changed my life. It also changed the life of those I love and care about,” the singer added.

How we are changing the face of Nigerian fashion, entertainment —Hotbillz