I won’t leave behind any abandoned project ―Fayose 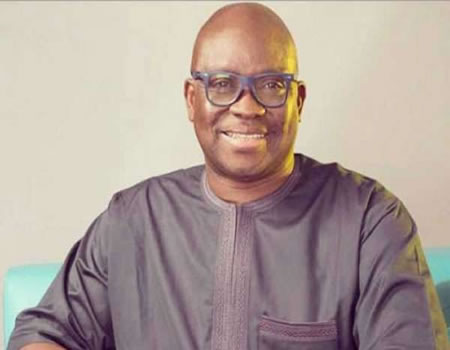 EKITI State Governor, Mr Ayo Fayose, on Saturday promised that all ongoing projects embarked upon by his administration would be completed and handed over to his successor in good condition next year.
Fayose, who spoke at the Grand- Finale of the 2017 edition of the Udiroko Cultural Festival in Ado Ekiti, said no single development project embarked upon by his administration would be abandoned; the biting economic recession notwithstanding.
The News Agency of Nigeria (NAN) reports that the governor was the chief host at the cultural event in his capacity as the newly installed Apesin chieftaincy title holder in Ado Ekiti.
.
He listed his administration’s projects to include the N5.7 billion over-head bridge (fly- over) in Ado Ekiti as well as the N3.8 billion ulltra-modern Kings Market in Ado Ekiti.
Fayose also cited the new High Court Headquarters project in Ado Ekiti and the local government headquarters dual road projects across the state, among others.
He said that he would still do many other things that would distinguish the state capital from other towns before the expiration of his second term as governor in October 2018.
The governor asked for the continued support and cooperation of all residents, including traditional rulers, toward taking the state to higher pedestal.
NAN reports that the Ewi of Ado Ekiti, Oba Adeyemo Adejugbe, in an opening address, thanked the governor and his administration for always supporting and committing funds to the Uditoko festival since coming into office.
He commended the governor for his ability to maintain peace and tranquility among the different segments in the state since coming to office.
Adejugbe also commended the state police command for living to expectation in securing lives and property.
NAN reports that highlights of the celebration included paying of homage to  the king by his chiefs,  shooting of local gun into the air, exchange of traditional and cultural greetings  as well as cultural dance and display, among others.
abandonedFayoseProject
Share

‘Clark led PANDEF can no longer negotiate for Niger Delta’