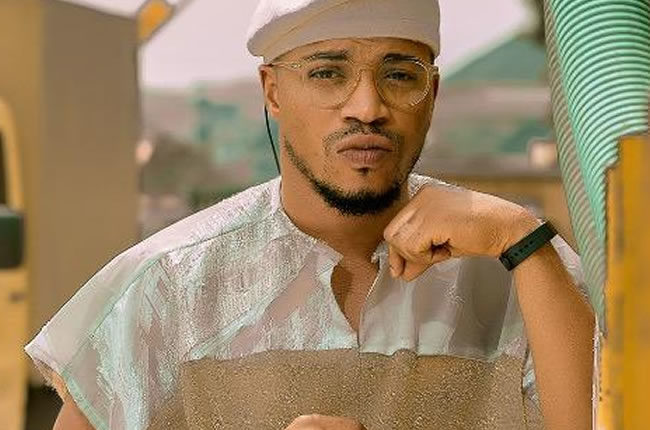 Akeem Adeyemi is a movie maker and actor whose jobs are well rated in the movie industry. Adeyemi, who quit a well-paid job for acting some years back, says he has found fulfillment in being an actor and does not regret his decision. In this interview with SEGUN ADEBAYO, the actor speaks about his career, among other issues.

You have come a long way as an actor and movie producer. You have also become a popular name in the Yoruba movie circle; how do you feel?

It is one thing to have come a long way, it is another thing to be proud of one’s journey and the success one has recorded with one’s craft, especially when one looks back at one’s background and all the steps taken to get this level. One should be grateful to God. I am grateful to God that my hard work and efforts had not been in vain. That people appreciate my craft is not something I want to take for granted in any way. As you know, we operate in a very competitive industry and one has to be on top of one’s game to remain relevant. To have a breakthrough is not a child’s play. While I still have a long way to go on the job, I am looking forward to enjoying my time and hoping that life keeps getting better. For now, the hard work continues.

You belong to the new generation of actors and producers whose jobs are well-rated. How have you been dealing with the pressure?

The entertainment industry is one place where there are more than 10 people who can do what one does in a better way. People tend to feign the fact that there is no competition but that’s not true. The industry is blessed with talented individuals; so the pressure to keep delivering at the top level comes with the job but one can’t keep the pressure if one wants to succeed.

One must keep telling oneself that it can be done and show the world. For me, I just want to keep getting better at my craft. The world is evolving, so also is every facet of human life. One can’t afford to be complacent. One can’t rest on yesterday’s glory because one is only as good as one’s last work.

You have featured in different roles but it seems you are not the type who wants to be stereotyped; which role makes you more comfortable?

I am super excited to take on any role when I am given the opportunity. As the jobs keep coming, we learn to raise our game to deliver. I can’t tell you I am more comfortable with any role because I don’t even know where the next job would come from or what the role would be. I am an actor and I can interpret characters. I am versatile, so there is no room for me to be stereotyped.

How does it happen for you to switch from one character to another easily?

To be very honest with you, I really don’t know how it happens. I think it comes with experience and the character one wants to take on. Often times, when people ask me how I switch from one character to an emotional character, what I tell them is that I try to put myself into the character and feel it. The moment the director says action, I forget Akeem Adeyemi and become someone else.

What would you say has helped you personally to be a better actor?

The love my fans have for me is crazy; it helps me to carry on. When you know that you have millions of people cheering you up and are always looking forward to seeing you in movies because of what they know you can do, I don’t think there is a greater love than that.

What was that thing that made you believe acting is the way for you?

Simply put, acting is my life. I resigned from a multi-national company to pursue my passion. There is this sense of unfulfilment that comes and grips your mind each time you remember you are doing what you don’t have passion for.  Acting is my calling.

How easy was it for you to quit a paid job for acting?

I will say everything in life is about planning and strategy. I produced my first movie in 2008. I spent millions of naira to make the movie but sadly, I was paid N200,000 as returns on my investment. It wasn’t an easy experience.

I was still in higher institution then. I stopped acting for years because I needed to face my education. When I completed my tertiary education, I worked for some years and saved up big time to face the movie industry. So, I would say leaving a paid job was full of mixed feelings. The fear of leaving certainty to pursue uncertainty and coupled with the first experience I had when I shot my first movie almost ruined the passion but I didn’t let any of the negative vibes get to me. As a matter of fact, my family was against my decision but I followed my mind.

Looking at how far you have come now, do you regret that decision?

Firstly, I don’t regret my decisions because I am a deep thinker. I process and scrutinise every step before making my decisions. I am grateful to God that I made the decision then. I am delighted about how far I have come. I have no regrets whatsoever.

It is believed that there are caucuses in the industry and one has to belong to one to remain relevant. What’s your take on this?

Yes you are right but I don’t believe it has anything to do with relevance. In life, we have our set of friends that we roll with; that is how it works everywhere. It is not peculiar to the movie industry. You can’t be friends with everybody. It’s not pride. We have colleagues who are like family to us; people who one can easily relate and share burdens with. You can’t do that with everybody.

So you are not worried if others don’t call you for jobs because you don’t belong to their caucus? Isn’t it supposed to be based on what one can deliver?

Belonging to a caucus or not doesn’t mean one won’t be called for jobs. Once one is good for the role, definitely one will get the job. My idea of being in any caucus is that one has people to roll with.

You don’t think it is about hatred?

I don’t hate anyone. They are all my colleagues. We exchanged pleasantries regularly. So caucus doesn’t restrict one’s level of expansion.

There seems to be a nexus between you and Lateef Adedimeji. How would you describe the relationship in recent times?

Lateef is not my friend; he’s brother. He is someone I hold in high esteem. He is selfless and real.

He appears to have settled down with your colleague and friend, Bimpe. When are you also settling down?

Oh! This is where you are going with the question. Did you say settle down?  When did that happen? And I didn’t attend the wedding?  I hope you know that certain things don’t always look  the way we see them. All I know is both of them are my brother and sister.

Would you love them to be together?

My opinion about that doesn’t matter.

Let’s talk about your movies; you like to produce movies that move people to tears where did you learn the concept from?

I don’t like to make people cry with my movies. It just goes down to the inspiration I get and the idea behind the script. The cogent part is I ensure the kind of message I pass with my movies are educative and capable of correcting the ills we often overlook in our society

How big would you rate yourself in the Yoruba movie production circles?

All I know is I am doing well and I am always aiming to beat my best.

When is Akeem getting married?

When I’ve found the right person

Has it been hard finding the right person?

It is not hard. I am just a believer in perfect timing. It will happen at the right time.

Why I wept at my daughter’s Nikkah —Pasuma

Yes, I want to win the Grammy —Slimcase