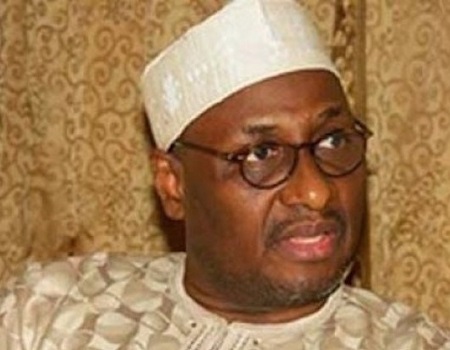 In his effort to contribute to economic development through animal crop protection, onetime Governor of Bauchi State, Ahmed Adamu Muazu has expressed his plans to establish a dairy factory in Bauchi very soon to meet the fresh milk need of the populace.

Adamu Mu’azu who was speaking at the opening of the 2020 annual Conference of Nigerian Society for Animal Production, tagged; ‘Animal Agriculture: Exploring the Goldmine of Nigeria’s Agro-Revolution’ holding in Bauchi sand that, “I want to buy my milk from you people. You should stop drinking foreign milk. We have the capacity to produce for sale. I urge every citizen to own at least 50 cows for milk production,”.

The former Governor who also served as the National Chairman of the then ruling Peoples Democratic Party (PDP) during the 2015 General elections admonished Nigerians to patronize locally made milk in order to boost the economy of the country which presently depends on oil.

Adamu Mu’azu also lamented that the huge amount of money expended on the importation of foreign milk could be used to scale up its production locally to make it Nigeria milk, particularly in the Northern part of the country which has cow in abundance.

He further lamented, “We are wasting a lot of money to import milk. We spend billions of Naira to import what our farmers can produce here. If we channel all the money we spend to import milk to empower our local farmers, especially in the North, our economy will grow and employment will be created for our young people”.

In a keynote address earlier, the Guest Speaker, Prof Baba Yusuf Abubakar from the University of Abuja said that Nigeria is spending between N3 billion and N5 billion annually to import Livestock and its products.

The University Don then urged the Federal Ministry of Agriculture and other related agencies to as a matter of necessity embark on livestock census to determine the current population for proper management.

Also speaking, Chairman of the occasion and Executive Secretary of the Tertiary Education Trust Fund (TETFund), Prof Suleiman Bogoro called for the revival of wildlife parks across the country as a solution to the dearth of animals species in the country.

He opined that tourism has the potential to make the country a huge revenue earner as tourists will flow into the country considering the unique climatic condition God endowed it with.

Sulaiman Bogoro then assured that the Fund is ready to invest in the agriculture sector particularly in the area of animal production pointing out that already feasibility study is ongoing to start the program with a few Universities across the country.