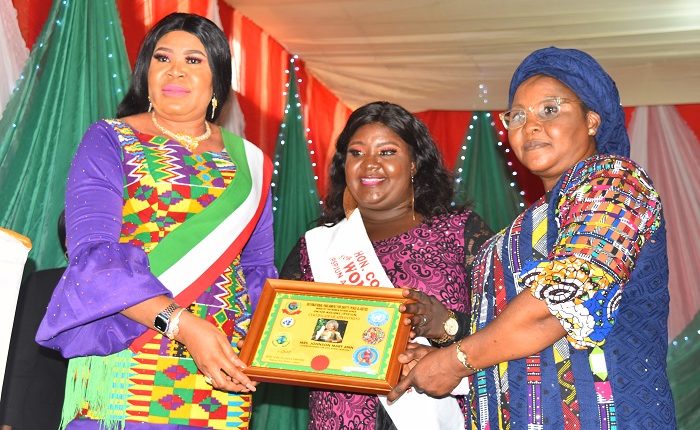 Speaking after her inauguration with the theme “Transforming Oyo State Waste into a Treasure Base, on Friday at House of Chiefs, Secretariat, Ibadan, Ann-Akalo said she would work tirelessly to promote peace and unity of women and girl child.

According to her, she said there was a need to create awareness on the effectiveness of gender equality and participation of African women in leadership to eliminate poverty.

“I’m going to work in line with the vision and mission of IPSPJUN which is to look after the women in my jurisdiction and focusing on health, education, skill acquisition and rescue of women in trouble.

“injustice and violence against Oyo Stage women and girl child is an area that should be looked into,” she said.

Also, IPSPJUN Minister for Women Affairs Africa, Ambassador Juanita Nwendu, said that for any country to develop, attention must be given to the growth and stability of women in governance.

“As we speak, IPSPJUN is currently in 15 African countries and it’s in the interest of women and the girl child. It is a selfless effort to make sure that all women are well established.

“IPSPJUN is already in 12 states in Nigeria and over time it would be in all the 36 states. IPSPJUN is ready to fund and facilitate programmes in states who are financially incapacitated to better the lives of Nigerian women,” she said.

Nwendu disclosed that IPSPJUN is an international organisation under the United Nations and an affiliate of Global Forum For Peace, Peace Justice and Human Rights, United States of America.

“The International Parliament is in 155 countries and has been in existence for 35 years but Africa wasn’t included until 2019,” she said.

Aderinto said the theme of the inauguration incidentally tallied with the state’s agenda on the environment.

“We appreciate your effort to fund programmes and projects concerning women and girl child in the state. The state will give as much support that’s needed for women.

“The state will join hands with IPSPJUN to help empower more women, we celebrate this initiative as it’s a great stride towards making lives better for the women.

“In the past Oyo State is known to be the dumping site for waste, the face of that has changed lately by the efforts of Ģovernor Makinde by turning waste to wealth,” he said.

‘Re-energized’ Buhari should go to battle front with insurgents ― PDP