I want to change the narrative of the Ijaw nation —Idoniboyeobu 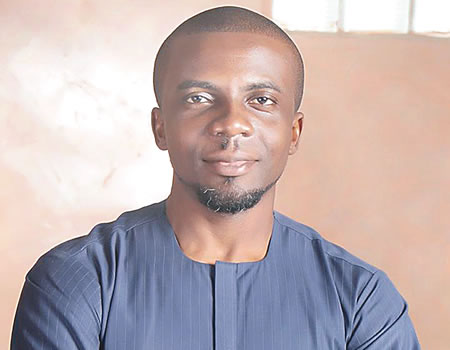 Wabiye Idoniboyeobu, one of the aspirants to the presidency of the Ijaw Youth Council (IYC), canvasses for a change in focus, relying on the intellectual strength and vast network of its people. He spoke with TAIWO AMODU.

WHY are you in the race for the leadership of the IYC?

The real question should be, why shouldn’t I be in the race? For clarity, I will start by reminding you that the Ijaw Youth Council, as the name implies is a pressure group of Ijaw youths from around the world. The group was set up to coordinate the struggle of the Ijaw people for self-determination and justice. This has been the driving force of the group for years. Though we have achieved a lot since the group’s inception in 1998, a lot more could have been achieved if we put a little more focus on our intellectual strength. If properly nurtured and managed, the IYC could rise to be a global voice. The Ijaw nation has been blessed beyond comprehension; not just with oil, but with fertile lands, rich aquatic life and, most important of all, a strong and resourceful people. Most of our resources have been bastardised due to the country’s over dependence on our oil. This has broken us in pieces, economically, politically and even socially. It is time to remind the world that the Ijaw nation has much more than oil. This is what motivated me to join the race. I believe we Ijaw Youths have not started harnessing our potentials. We have so much intellectual resources at our disposal, but we choose to be used as political pawns.

There are so many of you in the race. What is your unique selling point?

There were 78 presidential candidates in the 2019 general election. I won’t call, 12 out of the millions of Ijaw Youths out there as “so many.” I have studied all the candidates, some of which are my friends and I can tell you that we all have plans and the passion to pilot the affairs of the IYC. But the reality is that only capacity can bring a good plan to life. The IYC has gradually lost relevance and this I believe was a political strategy to weaken us. I did a survey on how people perceive the IYC and more than 70 per cent of the responses were negative. The world doesn’t see the successful Ijaw son that is in the top ranks of the Nigerian banking industry. The world is blinded to those of us breaking records in the entertainment industry. What they see is our brothers and sisters mounting a roadblock at the Mbiama Junction or picketing defaulting companies. That doesn’t define us, but that’s what the world sees. The problem is communication. How we make our points, how we sell our ideas and how we lay our complaints are very important in maintaining a good image.

The IYC needs a new face, someone who can change the current perception. That is the only way we can get our voice back. By the grace of God, I have built capacity in the field of communications. I can bring out the good side. I can tell the world the Ijaw story and bring the much-needed attention to the resources that matter. By understanding leadership communications through the Harvard University and Persuasive Communications from MIT, I have not only understood how to communicate at various levels and through vigorous circumstances, I have also understood how to speak the global language. That is what the IYC needs right now. This is 2020; if we must stand up to current issues, we must be able to match current realities and take our place in the world.

What will you do differently to add value to the IYC leadership?

In the days to come, I will gradually roll out my manifesto. It will clearly show my focus on human capital development, strategies of communication with governments and other establishments, harnessing our tourism potentials and the entertainment industry. In summary, my administration would focus on grooming and projecting other resources of the Ijaw Nation alongside standing firm with the declarations made at Kiama in December 1998.

The IYC has been as a platform that isn’t about service but to court favour of government. How do you react to this?

It is true the IYC has occasionally been political maneuvered; but so have all other groups in the country, at some point in their existence. Politicians even take their gimmicks into religious bodies. That is a problem Nigeria is still trying to solve; a leadership that is focused on the welfare and uplift of its people will never derail. Though I am perceived to be an underdog, with no political feathers, my nest is full of feathers gotten from my cordial relationships, self-development and personal achievements, no matter how little. I don’t see winning the presidency of the IYC as a personal achievement; I see it as a task to help write history. The IYC shouldn’t be a platform to build for future political ambitions. If it is, then every decision of the president would be political and self-serving. This will take the president higher but leave the Ijaw nation stagnant.

Ijaws are spread beyond the Niger Delta to even riverine areas in South-West states. How do you intend to forge common unity?

The easiest way to promote unity is to develop a common goal; a goal that will benefit everyone. Unity is two ways: something has to attract the unity and someone has to be attracted to the unity. The only way to do this is to focus more on what unites us. The Ijaw people are unique people and wherever we are found, from the creeks of Arogbo in Ondo State to the Olodiama Kingdom in Edo State, we are one and the same. Our rich cultural heritage is one of our major similarities. Focus on this centre attractive ideas around it and Ijaws from all corners will key in without sentiments.