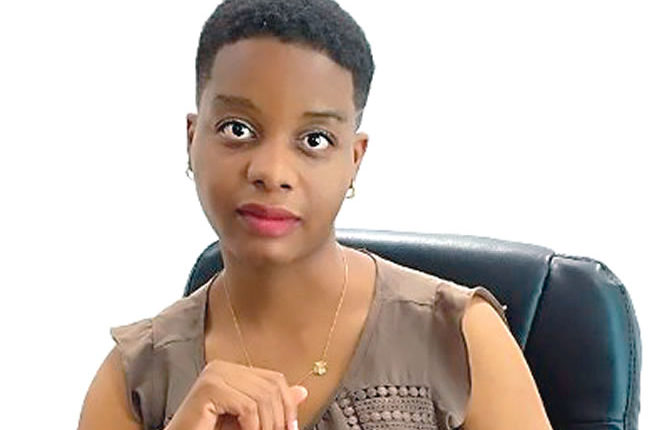 Adebimpe Adewuyi, social educator, gender advocate and blogger, has a BA (First Class honours) in French from Obafemi Awolowo University and an MA (distinction) in French from the University of Ibadan. A 2016 Yali RLC alumnus, a ONE Champion 2017, and a 2018 Dalai Lama Fellow, her work on the development of the girl child has taken her to the USA, Ghana, Rwanda, etc. She was among the sixty women doing phenomenal things that BusinessDay Women’s Hub celebrated in celebration of Nigeria’s 60th independence. In this interview by Kingsley Alumona, she speaks about her identity problems as a child and her work in gender advocacy.

How easy was it making a first-class in French at OAU and a distinction at Master’s level at Ibadan. And, what challenges did you face achieving this academic feat?

The decision to study the French language was self-made. When I told friends I would be studying French, I heard comments like ‘”Rose, you’re crazy (this was said in deep Yoruba), why not study a professional course?” I was never deterred by this, but went on to enrol for French. With my U.T.M. E score and Post U.T.M.E scores, I could have been admitted for ‘professional’ courses because my scores surpassed the cut-off marks. There’s this issue of ‘course shaming’ in our higher institutions. I believe there should be a proper orientation on this issue.

During my undergraduate days, I was determined to finish with a first class. I attended several programs by alumni of OAU on campus who made first class. I also read a few articles and books on how to succeed academically in the university so the determination has been sparked right from time. Perhaps it would not have been easy if I was given the course and never liked it. But I chose it, so I eased into it.

During my postgraduate, honestly, I never knew I would finish with a distinction, I was engaged in a lot of activities but alas I still made it. Overall, being a female fuels my pursuit for excellence in anything I lay my hands on. I put in my best, but I’ll never take the place of God for helping me in all the steps in my journey. This is not to sound cliché. I mean it.

I don’t see this as a feat, really. This’s because the definition of feat for me is huge. For me to say something is a feat, it means I’ve done what very few people have done. I believe thousands of people have added these feathers to their caps or have done something similar in their academic pursuits. Well, it’s more or less a springboard to that great feat or those many remarkable things I’m looking forward to achieving in the future.

In one of your social media posts, you said some people regard you as a tomboy. Why is that?

This’s because I get my hair barbered short. And, growing up, my major hobby was playing football—and to them, I exhibited some male characteristics. People have also claimed that when I take pictures, my poses are masculine. I’ve observed that in our society, once you deviate from the typical femininity boxed roles, one is a tomboy. They believe my actions do not fit their preconceived roles of femininity. Who even makes those rules for masculinity and femininity? I love my femininity and would always embrace and enhance as best I can, but I believe that shouldn’t box me or constrain me to a set of rules.

In one of your blog writings, you said that while growing up you had a lot of questions about your identity. What are those questions, and who did you turn to for their answers?

As a budding woman, I witnessed many a difference in the treatment of men and women. As a young girl, it baffled me and left me with more questions than answers. As a result, I had an internal conflict about my identity. I wanted to know why people saw us differently, why gender roles existed, and why people tried to limit women. I also wanted to know why people associated certain character traits or qualities with gender. I questioned people around me, but I wasn’t satisfied with their responses. During my days at the university, I was exposed to books which facilitated my understanding. Like the popular saying, “Literature is the mirror of life”, I was able to empathise with many girls and women resident in Africa, no thanks to their experiences.

Do you currently work or have engagements with institutions or organisations in the foreign language sector?

Gender advocacy is a complex and a broad area of work. Which aspect(s) of this advocacy do you specialise in?

My core competency is breaking stereotypes and unlearning deeply entrenched indoctrinations and societal constructs that are regressive to women. I teach young girls to discard society’s scripts and follow their individual purpose. I’m also very particular about the re-imaging of women in our society. Every woman needs to understand and accept that she is a functional part of any society.

Chimamanda Ngozi Adichie admonished that “We should all be feminists.” How would you react to this? And do you regard yourself as a feminist or a womanist?

Definitely, I believe that we should all be feminists. Although I might not be too particular about others being labelled as a feminist, I think that we should all be particular about the feminism fundamentals which are the advocacy of women rights on the ground of gender equality. Equality, of course, doesn’t mean sameness. We’re uniquely different, but equal in value. Rather, it means that we’re humans first, regardless of gender or other defining yardstick. So, we deserve to be treated fairly—given equal rights and opportunities. Humanity is, after all, a common denominator.  Ergo, I’m a feminist.

Some people believe that the patriarchal dominance in Nigeria is, to some extent, contributed and even accepted by most women. What is your take on this?

I do agree that women are sometimes enablers of patriarchy, deliberately or inadvertently. Women are sometimes the gatekeepers and torchbearers of patriarchy. But you can’t really blame them because it takes conscious effort to question the beliefs you actually grew up with. Some met some of these beliefs and they never question why. They’ve been conditioned to those beliefs. We need to question and confront those beliefs. We’ve to challenge the ‘truth’ we grew up to know. Are they limiting or elevating us?

Sometimes, when we challenge them, we become aware that those beliefs we’ve held onto for so long are wrong. This’s the moment of epiphany when unlearning takes place. As a feminist, I still find myself imbibing some patriarchal views but I constantly question these beliefs once I become conscious of them. That’s why my advocacy tilt towards ensuring women unlearn these regressive social constructs.

In Nigerian leadership and politics spaces, especially in elected and appointed offices, what do you think could be done to promote gender equality and to ensure that women are given considerable slots in these offices?

I think that laws should be put in place to mandate elected candidates to reserve certain percentage level of slots for women they would appoint in political positions. Then, a reasonable percentage of candidates presented by political parties should also be women. Once such law is put in place, INEC should throw its full weight behind the move.

As a social educator, if you were to advise the minister of education on how to solve gender barriers and problems in primary and secondary schools, what would the advice be?

I’ve a whole twitter thread on this. Let’s just say I would ask them to encourage teachers to focus on abilities, personalities, character traits, and competencies rather than on gender when it comes to choosing prefects, allocating tasks and counselling students.

Currently, in the news, the Kaduna House of Assembly has approved death sentence or castration for rapists. What is your take on this legislation?

Rape is a serious crime that hurts victims and scars them for life. But I believe that killing the offender robs them of a chance at redemption. I believe that people can be rehabilitated—even the worst kinds of criminals. So I think I would prefer a long jail term, preferably in a prison with maximum security plus rehabilitation.

Gender issues and programmes are not only meant for the girl child or women. Do you have programme(s) or space for the boy child and for men?

Definitely. I’m passionate about the boy-child, just as I’m hotly in pursuit for the holistic growth of the girl-child. However, I’ll always be incapacitated to be the driving force that boy-children need since I can barely relate to their everyday experiences like the girl. I’ve a series called ‘Men picking up the gauntlet’ on my blog, roselineadewuyi.com. It’s dedicated to men who’re boy-child advocates.

I support responsible fatherhood and I believe the boy-child advocacy is key in ensuring that. I’ll always give my support towards boy-child advocacy as well. All I care about is the development and growth of everyone regardless of gender. In all my programmes, boys and girls are participants. We also have male facilitators and panelists.

What new business idea or programme are you currently working on? And how do you manage the stress associated with your job and your humanitarian endeavours?

I’m currently working on teaching girls about the corporate world, higher education, soft-skills and work-life balance. It’s a project in the pipeline. As of how I manage stress, self-care is important. There’re times I log off. This helps as I come back rejuvenated.

Describe three qualities you usually look out for in men you regard as friends.

I admire men that are responsible, have a high sense of value, morals, ethics and character. Of course, I’m intrigued when they’re also feminists or believe in equality.

Worst bad roads: And the award goes to…?

My experience with unemployment spurred me to keep learning, improving —Chidimma…