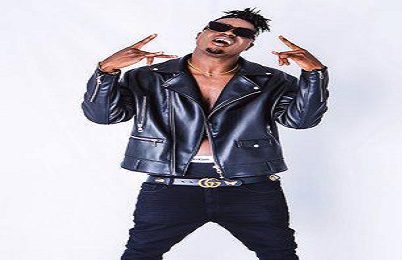 Nigerian singer, songwriter, and dancer, Stephen Olaitan Oladeji popularly known as Galaybanton is currently making a name for himself and registering his craft on the minds of many in South Africa where it is based.

Galaybaton, as he loves to be called, started his musical journey at the age of 13 years but set the passion ablaze professionally when he turned 25 years of age.

After his graduation from The Polytechnic Ibadan, he made a push for his music career but there were more hurdles than he had envisaged, so he packed it up and looked further afield – to South Africa.

Speaking with TribuneOnline in a recent interview the singer said he moved to South Africa to seek better music opportunities.

“I moved to South Africa at the age of 19, this was purely to seek better music opportunities, knowledge and experience. I had a feeling that my music career would take flight here and I turned out to be right. Being here definitely met my expectations in terms of my musical career,” he recalled.

Speaking further, he added, “The South African music industry is just like the nation itself – rainbow-like. The range of artistes, talent, art itself is huge. It is unlimited. South Africa has a knack for putting talents on the map. Nigeria in a way, for now, just represents the best Afropop and Afrobeat on earth.”

He added that while the best Afropop producers are rooted in Nigeria’s music industry while South Africa boasts of multiple genres of music and not known for one like Nigeria.

“South Africa also recognizes many genres, ranging from House, dancehall, jazz, and even local genres such as Gqom and Amapiano.”

One of his singles“Pokish” was released in 2019 which featured Enamel. “It is the epitome of creativity in Afrobeat production laced with innovative sounds and smooth vocals,” he said.

Born and raised in Lagos State, he revealed that his passion for music started as a young boy when he used to listen to the music of Michael Jackson, 2pac and Tuface Idibia. His passion and energy for pop and Afrobeat bangers can be heard in his debut single “Weekend” along with spicy African bass drums.

“Weekend” is the perfect fusion of these sounds. With it, Galaybanton has taken Afrofusion to an astronomical level with a captivating effect.

Galaybanton has extended and shared his harmonious and melodic skills into songs such as; “Oh My Gucci” with Bongani Fassie, “Jika” with Yanga and AKA, “Wraith Ghost Lambo” with Kiddominant (yet to be released) and also worked with the Grammy-nominated producer, Kel P on his soon-to-be-released single “Nene”.

COVID-19: FG Fails To Suspend Lockdown Policy As Christians Celebrate Easter
Federal Government on Thursday said it has no plan to suspend the lockdown policy as Christians throughout the Easter celebration scheduled to hold from Friday, April 10 to Monday, April 13, 2020… Read full story

Easter: Wike Relaxes Restrictions On Religious Gatherings
The Rivers State government has temporarily relaxed the restrictions on large religious gatherings to enable Christians to carry out their religious obligations during the Easter period… Read full story