I never wanted to be an actor —Taiwo Ibikunle

Nollywood actor, Taiwo Ibikunle is a graduate of Theatre Arts from the University of Ibadan, a movie producer and director. In this interview with FEMI OGUNTAYO, the Kaduna State-born actor expresses his love for stage plays and why the movie industry has lost the respect it used to get from the people among other issues. Excerpts: 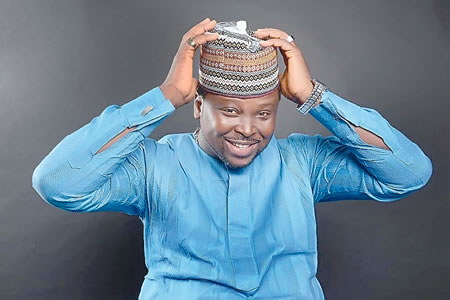 You seem to feature a lot in stage plays, how would you compare stage play with screen play?

First and foremost, stage takes lots of rehearsals, more energy than screen. Secondly, with the aid of equipment, you’ll discover that you don’t need to project; the microphone will do all that. But on stage, even with gadgets that we have now, you still need to project. Projection doesn’t mean that you shout, because if you shout you will lose your voice. There is what we call feedback, in the case of stage, you will get it right there, you will know when your audience is really enjoying you, and you will know when they are not enjoying you. You will know when they want you to give them a particular mannerism but all these you don’t see it on screen. You face your mistakes on stage right there and you must learn how to manage but screen you can retake and retake.

The saddest thing there is that, you will do a lot of rehearsals, then, just little performances. Sometimes, you rehearse for over a month and your performances might not be more than three minutes, then you forget it there, it is so sad. If you look at the enumeration, stage play is not that rewarding like screen, though there are some stage plays that we do now, well-sponsored that you get paid handsomely.

Why are you so passionate about stage plays, because rarely do we see big actors featuring in stage plays any longer?

Actually, I started from stage; let me put it that way. I studied Theater Arts at the University of Ibadan, and that has been my passion. You see, I try to make sure I do at least two or three stage plays in a year, because it is an avenue for me to do some exercises, work on my vocal cords, it is an avenue to work on my physics, and it is another way to know how to manage my breath. On stage, there some words that you need to say at a long stretch without breaking, with stage play you will discover that you will be able to exercise all these things. But screen gives us more lazy works to do.

When did you start acting, especially on screen?

I have been acting on screen even before I gained admission into the university, and then when I gained admission into the University of Ibadan, there is a theatre company by the department called UITAT, I was one of the members, and I do act there, even on screen. We do all these episodes and soaps, in the university there, we produced for BCOS. With the likes of Afeez Oyetoro, even elderly people, like the late Chief Wale Ogunyemi and all the rest, some of them do join us then.

What was the biggest screen for you, which you can say brought you into limelight?

I will say ‘Eji Owuro’ by Bimbo Oshin where I played the main character (Kopa Olaniyi Agbalajobi). That one actually brought me out into the limelight. I was not that keen about acting on screen because I always feel like it is almost a lazy work, I am always on stage. That time they were almost begging me to just feature in screen play and I said okay, let me just try it. When we finished and after the whole editing, the movie was in the market, in fact, I was in Damaturu, Yobe State then, when someone told me that they saw me on one home video, and I said, what? Bring it and I saw it at Damaturu then, and that was how the journey started. Everybody then started saying, that ‘kopa’ in Eji Owuro, I want him and that was how the whole thing started.

I was born in Kaduna, I am the last born, myself and my twin sister. My father was transferred to Ibadan, which was how we relocated in the 70, I started my education in Ibadan because I was still very small when we came to Ibadan.  So, I had my primary, secondary and tertiary education in Ibadan. I attended Government College, Apata, my primary school was Sacred Heart. Even sometimes when we saw a movie and they asked me to narrate what happened in the movie, I would just act the whole roles out and that was how everything started.

Then, some people would say to me, you should go and study Theatre Arts. I would say no, me Theatre Arts? No. I wanted to be an ambassador. I wanted to study International Relations. That was my dream, but later on, the whole thing changed after I had done JAMB several times. Someone just said, Taiwo, why not try diploma, and I said, What?, Diploma? No! I would rather stay at home, I can’t even go to Polytechnic and I don’t want to go to any university apart from the University of Ibadan. That was just my dream, that if it is not UI, then no other place. So, when the offer came to study at UI, I jumped at it and that was how the journey started.

Who did you grow up looking up to as an aspiring actor?

When I was growing up, I just admired actors generally, and I never wished to be like anyone of them. I never wanted to be an actor, I never dreamt of being an actor, no! I just liked good actors, I love the likes of I-sho Pepper, you know, very versatile, he was an actor, a dancer, beats drums, those are the type of people that I really love, that I admired but not like I wanted to be like them. In fact, when I gained admission, I told myself, I don’t want to be an actor of Aladiire o, because the norms then was that, you will see actors with dreads, wearing Kampala, going under trees smoking, and I said no, my own actor will wear a jean, wear a suit, I don’t want to be like these people, (Laughs) you know.

How would you compare what is happening in present day Nollywood to what we had in the olden days, in terms of morals and immoralities in movies?

First, I want to tell you that the moral decadence is so high, so let us leave the movie industry aside. There is no basis of comparison, looking at the equipment we are using now compared to the equipment then, they are different. Even the way we act then and sing, like the likes of Yemi my lover, but let us look at it now, if you are falling in love with any girl, do you sing for such a girl? You don’t, things are changing. Even the so called ‘Indian films’ where they dance and do stuffs like that are changing, they now kiss in their movies too.

Okay now, if I am asked to act like a prostitute, and I put on ‘Iro and Buba’ with Hijab on my head, will you believe me? You will actually want to see that scandalous dressing that will depict the character I am acting. We are just trying to show the real picture, but what I will frown at is when you are not on set or a movie location and you are wearing such, I won’t subscribe to that.

How do you think the movie industry can come in, in its own way to proffer solution to what is happening in this country, talking about insecurity, corruption and all that?

I will say we are all prophets and we use our medium to do all these, but it is so sad that our government is not looking at our side. So, hardly will the little quota that we put in have any effect. In a situation where we respect actors a lot, where government really respect us so much, then all these things you are talking about will have so much weight. But it is so sad that we are the ones running after them, we are the ones campaigning for them and after the campaign and with the peanuts they give to us, they drop us by the side and anytime we go back to them, they just look at us like shit. Please, we are talking about better things. But they believed in that medium when they were campaigning. I believe when things go wrong and get to a dead end, we are the ones they ought to consult and ask, what do you think we can do to get solutions to these things?

Are you saying the movie industry cannot produce movies that can effect a change in the society?

They can, if you at least give them a little respect. It is also sad that even in the movie industry that we are talking about, we have loads of gate-crashers that do not have the experience, that have different motives in coming into the industry. That is why anybody will just open his or her mouth and say jargons about us.

Do you have any upcoming project?

I am planning to do something about security, which is my next project. It will be about the Police, it is going to take a lot of processes because I want to do it the way it ought to be done. Why I said it will take a lot of process is because it entails a lot of writings, letters to people in authority, such things may take time before they respond, we will meet with the police command, the commissioner, the IG and all that. You know, such project may face challenges because, there are some things you will show that will negate what they are doing but that is what they do.

So, I actually want to use this project as a corrective measure and also for us to even appreciate what they are doing, because just like we have the bad ones, we have many good ones among them. They are some good things that they do that people may be never see, so we need to talk about both. It is going to a series and it is something that will be on for long because we have loads of issues to be treated.

Is love a one sided concept?

The tragedy of the Abba Kyari surrogate presidency