I make music any how it comes —Seyi Shay 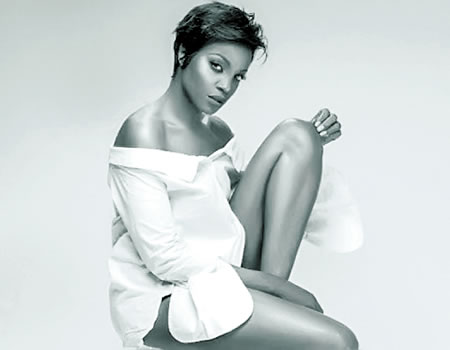 Afro pop music singer and song writer, Seyi Shay has revealed that her mood does not get in her way when she is making music. For some Nigerian musicians, composing songs is largely determined by their mood at that time but Seyi Shay said she does not leave her music-making to mood.

Shay is one of the most respected female music stars doing the country proud and has raised her game to a whole new level, having proved over the years that her music career was no fluke. In the music industry, Shay has created her space and lives peacefully within it.

In a recent interview aired on HipTv and monitored by R on Friday, the Pepsi ambassador, who wrote and produced three songs for the soundtrack to Konami’s video game Crime Life: Gang Wars, said there was no time she allowed her mood to determine her song composition.

According to her, as a professional musician, she has learnt never to allow her to determine her mood whether she made music or not.

She maintained that she made music irrespective of the kind of feelings instead of waiting for the right music-making mood.

If you listened to my music, that’s kind of how I am. And that’s probably why they sound so different all the time, because the moods and the emotions are always different. I’m always growing; I’m always experiencing something new; I’m always inspired by something new. I feel like it’s more about me and the brand that shows,” she said.

‘I am a fiercely independent artiste’