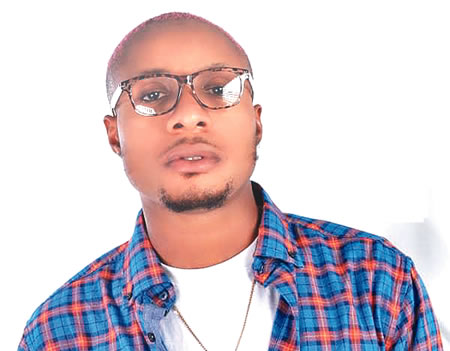 Fast-rising hip hop sensation, Michael Felix may be hitting the headlines and topping charts with his new song My Money, but the story behind the success of the new single is one thing he would not forget in a hurry.

With a career that is fast picking up, Felix said his rise to stardom was accompanied with agonizing tales of fraudsters displaying themselves as verified music promoters to fleece him.

Speaking with R in an interview, the singer said while his new song has beaten all odds and is raking in the numbers with over 30,000 streams on Souncloud and audiomark, the success of the song could be attributed to hard work, exposure and working with the right team.

But before all of this was actualized, Felix said he experienced the worst in terms of meeting promoters and paying for jobs that would never be delivered.

He urged up-and-coming artistes to work with registered promoters to avoid falling victims of fraudsters.

“I lost a lot of money to someone who claimed he would put my song on a popular blog but got something else for me. A self acclaimed radio DJ had me pay over 100,000 naira and promised to air my song but nothing came up from the deal.”

Speaking further, he dislclosed that he would later realised that he was not the only one being fleeced by those who swindle young artistes because they don’t understand how the industry works.

“A lot of young artistes are in my shoes, dishing out hard earned money hoping to get some online recognition and some presence only to realise that the person whom they have been made to pay to does not represent any registered or known entertainment entity whatsoever.”

He urged his colleagues to seek knowledge before paying anyone money for music promotion or presence.

“My Money has opened my eyes to alot of things and I am still learning. I want to thank Nigerians for their support”, he said.