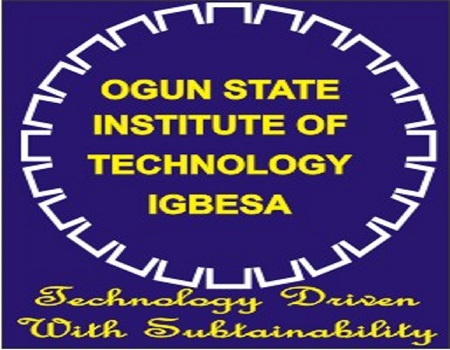 Share
Former Social Director 1, Richard Oyinbo of Association of Mass Communication Students (AMACOS), Ogun State Institute of Technology, Igbesa, has debunked the allegation raised against him by the legislative arm of the department.
Recall that thus allegations led to his impeachment by the legislative arm of the union few weeks ago.
Oyinbo was alleged to have misappropriated the sum of N195,000, funds generated from the association Fresher’s Night ticket sales.
Oyinbo, was, however, silent on the issue, even after his impeachment.
When he spoke to OGITECH Press Club this week, Oyinbo alleged that the funds of the event were not only handled by him alone but was also handled by the Social Director 2, James Illing.

He maintained that the tickets were purchased from of the money given to the president, AbdulMalik Abdulazeez, by the department to support the fresher’s party.
He alleged that the sale of tickets was done by him and 5 other students that were picked by the executives of the department.

“I wasn’t the only one who sold out the ticket. The accumulation of the remaining money was given to James my Social Director 2 that same night, in which many of the other executive members are aware, including the president.
“The money realised from the ticket sales was N195,000. From the money, we rented more chairs & tables, paid the security operatives that were present.
“We also bought some drinks and paid for the hotel accommodation of the past president, who attended the party.
“Also, James and I bought clothes worth N1,500 each, which we had hoped to wear for that night.
“Till this moment that I’m speaking with you,  he hasn’t given me the money,” he alleged.
Oyibo said the accumulation of the remaining funds was sent to the department auditor, Gideon Baderin and that it was pointed out that the money wasn’t complete and the report wasn’t accurate.
“The accusations that the whole money N195,000 was missing wasn’t true. AbdulMalik and James know what the money was used for,” Oyinbo added.
amacosOGITECHOyinbo
Share