I have spiced afro beats in Nigeria for 20 years—Fiokee 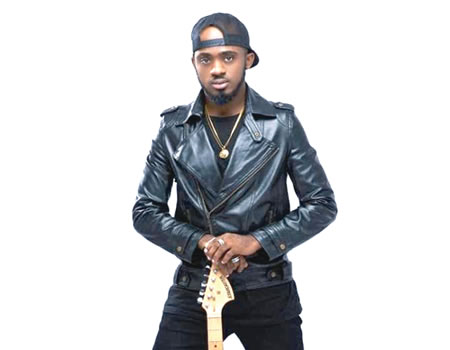 One of Africa’s popular guitarists Ifiok Effanga otherwise known Fiokee is planning something big to mark his 20 years career as a celebrated guitarist.

Over thew years, Fiokee has has endeared himself into the hearts of many music lovers all over the world. For somebody who started playing the guitar over two decades ago recalled that he he was taught the skills of by a taxi driver in Delta State where he was a student of PTI.

Speaking with R in a recent interview, the guitarist said his career kicked off officialy when he won the 2008 edition of Star Quest with his group Diamonds.

“Shortly after winning the Star Quest, I recorded a single, Scape Goat, which helped propelled D’banj’s career at that time.After then, I worked on ground-breaking collaborations with Davido on Gobe, Adekunle Gold’s Orente and Pick UP. I did Woju, Laye by Kiss Daniel and Kissing by Yemi Alade.”

Fiokee continued to be the spice of Afrobeats that everybody wanted to have a piece of in their various body of works.

In 2017, he began to release his personal singles with his first single “Independent Woman” featuring Jumabee. He would later release “Very Connected” featuring Flavor, and Sweetest Thing Ric Hassani.

His latest hit song, “Osan” which featured DJ Coublon and Teni has been enjoying  airplays and streams since it was released.

Speaking further, he said “It has been 20 years since I have been the spice of the afrobeats music we always crave for and that has made me a major influencer in making Afrobeats acclaimed worldwide.

With over 500 songs recorded in the space of 20 years, which some have grown to be hit songs and evergreen songs fans of the entertainer said they don’t seem to have enough of the young man, whose melodious souynd and rythm has changed the the music industry for good.

Not easy to ‘blow’ in Nigerian music industry –DJ Bamzyriches