by Tribune Online
in Kleiglight
Reading Time: 7 mins read
A A 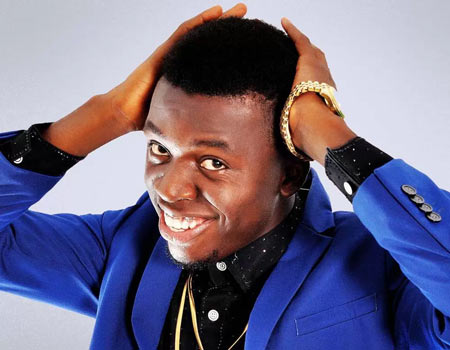 Jephthah Bowoto better known as Akpororo is a Nigerian stand-up comedian. Though, a native of Ilaje in Ondo State, the comedian and actor grew up in Warri, Delta State. He relocated to Lagos in 2009 to hone his skill in comedy. After participating in the National Comedy Challenge organised by Opa Williams, AY’s Open Mic Challenge, he was discovered by Basketmouth and featured in his Laff and Jam show, where he rose to fame. In this interview by Newton-Ray Ukwuoma, he shared some revealing thoughts about his career and inspirations. Excerpts:

What year did you commence your career in the comedy industry?

Before that time, did you know you were going to be a comedian? Was it something you were doing as a young person?

As a young person, I was funny. Not that I was doing comedy, but people laugh because of the way I talk. So, when I decided to take it up professionally, I knew I will be successful. But I didn’t know I will go this far. I didn’t even think comedy will make me this big.

It’s been about seven years since you started and you have become one of Nigeria’s most sought-after comedians. What would you have to say about that?

I want to thank God for that first. Now, I have my own platform, which is Akpororo Vs Akpororo. I am happy with what God has given me: my family, the experiences. I thank God for His grace upon my life.

As a young comedian, would say that you encountered no challenges on your way up?

I am a man with favour and grace. My brother, I just give God the glory. With grace, there are no challenges. I am just favoured.

How would you describe the comedy industry in Nigeria?

You know that the comedy industry is not exactly structured. For instance, why isn’t there a registered body for all comedians?

I learnt there used to be. But I don’t know. Well, everyone is trying to hustle on their own for now.

Omobaba recently talked about “godfatherism” as a factor in the comedy industry. What do you have to say about it?

I don’t know about that because I do not have any godfather. What I know is, as a new comedian, you must look for platform. If that platform is what he called “godfatherism” I don’t know. In spite of your talent, as a new comedian, you must locate the platform that will bring you out. And the truth is most of our senior colleagues have the platforms. So, you have to work hard and make sure they notice you before you can use their platforms. It is from their platform that people will know you and you will be able to get shows as well as build yourself.

What were the things you did to locate the platform that brought you out? And who helped you?

Just like I said before, I am favoured. And I believe it is not just me. I know there are many people enjoying the same grace as me. I went for National Comedy Challenge organised by Guinness and other competitions then. Beside these platforms, you also need prime platforms to perform. For instance, Basketmouth saw me in Coco Lounge and featured me in his show. And from there, things picked up. He also was the first person to take me to London.

So, Basketmouth is your godfather in the industry?

He is a senior colleague and someone who gave me my first major lift in the industry. And like I said, he was the first person that took me to London.

Which year was that?

About a year after you came into the industry?

What do you have to say to young comedians who want to have the kind of lift you had?

See, my brother, things have changed. E no be like before. Now, anyone can blow from wherever they are. For instance, you can put your material online and people would like them and call you. I tell people to put their stuffs online and people will call you from all over the world. But you still need the platform to showcase yourself. I be comedian no be for mouth.

One other comedian once told me he had to learn how to crack jokes. In your years of experience, do you think someone can be proficient in the comedy industry without having innate talent?

Yes! Definitely. You can train yourself to be funny. There are people who weren’t funny before, but who are now because they acquired some training. It is about working hard.

In that light, can we have an academy for comedy?

Yes, we can have that. No be wetin other industries get? Anything you love doing when you put yourself into training you become better. Anyone who wants to be a comedian can engage himself. We have a lot of video clips and skits that can give anyone a sound training on how to crack jokes in Nigeria. From watching these videos, an individual can begin to compose their own jokes with the same pattern. Yes, comedy can be learnt. In fact, even the people who are funny need to rehearse, look for new materials. If you say that you are born with it and you no go train yourself, you will go out of stock and out of market.

In your own opinion, what makes a joke very funny in Nigeria?

[Smiles] My brother, this question eh! What makes a joke funny is in the way it is told. First, Nigeria on its own is funny. We have so many funny things around us. So, in telling a joke, we talk about things that people experience every day. I am talking about street life, Lagos drivers and their conductors, poverty and wealth. These are things that people know and can relate to. As comedians, what we do is to tell these real life stories and because Nigeria is a funny country, these stories become funny to those who know and can relate to them. Let me also say that, we also imagine or project into situations. We can fast-ward or rewind a particular incident just to know how it could have been. Most times people find truth in these things. And that technique is always successful especially when you have creative imagination. Mostly, what we do now is to dwell on real life incidents. Any incident that happens in Nigeria today is a material short and simple. So to make a joke funny, just be observant especially when you are walking around Lagos. You will see funny things. Even as we are talking now, I don dey get material.

You have an event coming up soon, right?

Yes o! Before I forget,  Akpororo Vs Akpororo is coming up on June 25. AY and Funke Akindele will be hosting it. It will be a time of pure comedy. Lots of comedians will be there.

In the comedy industry, people have their own niche. Some comedians dance, some sing and some combine talking, dancing and singing. You do not only combine everything, you also have this crazy person’s persona. What inspired it?

It is my own style. I figured that if you are coming into the industry you need to bring something new. Like you said, some comedians sing, dance and even act drunk. I know I can dance and sing, but I wanted to stand out, so I introduced something. People talk about mad people a lot in jokes, but I decided to act it out. It is my strategy and I want to thank God for what He has done.

But where did you pick it up?

I watch mad men. I observe them a lot.