Why I dropped Osimhen from Rio squad —Siasia 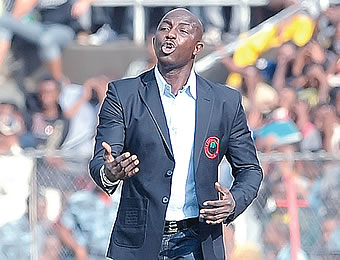 Nigeria Olympic football team coach, Samson Siasia has said he did not consider Wolfsburg-bound Victor Osimhen for the Rio Olympics because of how important he is to the Flying Eagles, who are campaigning to qualify for next year’s Africa Cup of Nations (AFCON) U-20 in Zambia.

Osimhen was not picked in the 35-man provisional squad for the summer games next month in Brazil even after he featured at the U23 AFCON in Senegal in December.

“I am of the opinion that the boy is going to play a very important role for the Flying Eagles. I know Emmanuel (Amuneke) has an important Africa Youth Championship qualifying match to play where he needs the boy since he is a very important player for him in the team,” Siasia explained.

“So, if I should take him straight to the United States (of America) as at the time I left), am I helping the Chief Coach of the team or the team to qualify by depriving them of one of their important players? So, why would I go and destabilise his (Amuneke) team?

“If you check the 65-man list we first made, Victor (Osimhen) was on that list. So, the player has been on my list before I decided to excuse him to help the U-20 national team excel too.”

“I even took the boy to Senegal when they were reluctant to release him then.

“They are now playing Sudan and you now take his number one striker to US camp, how would he (Amuneke) feel?

“I let him to stay back to help Emmanuel in his quest to qualify the team to the African Championship. That is the true story about the issue.”