I doubt if Buhari will give Nigeria ‘true’ federalism –Bamisaye, political scientist 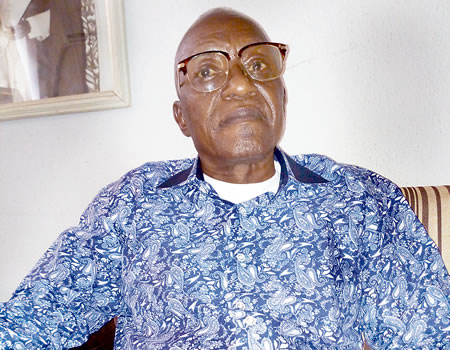 The Head of Department, Political Science, Obafemi Awolowo University (OAU), Ile-Ife, Professor Olajiire Bamisaye, examines the subject of federalism Vis-à-vis what is practised by the government of Nigeria, in this interview with Olamide Eniola. Excerpts:

What can you make of the recent statement by President Muhammadu Buhari that Nigeria needs true federalism to confront the various challenges facing it?

It is true that we need some surgical operations in the mode of our governance in Nigeria. I will quite agree with him that we need true federalism, and I must equally say I am very happy to hear the president admitting that we are not operating true federalism. If something is not true, it is untrue. That means our federalism is quasi-federalism.

Federalism, sometimes, implies decentralisation of power. How decentralised is power under the prevailing political scenario?

Unfortunately, whenever the Federal Government released the money, it made it look as if it was doing the states a favour. It is not a favour; it is their right within a federal state.

You now see that there is a lot of problems facing our so-called federalism.

With all these seeming infractions, would you say Nigeria is practicing federalism? If not, what are peculiar in the nature of Nigeria’s ‘federalism?’

Federalism is one of the most difficult concepts to define in the political literature. It has been argued that there is no universally acceptable definition for the concept. This is why what Nigeria would regard as true federalism would not be taken so in America. This is because our federalism has been laced with various colours. Some even claim we are practicing a unitary system of government, because one might want to ask: How federal is our federalism?

For me, it is a little distance away from the unitary system of government we inherited from the British government in 1960. Here, the power of the federal tier is too much, and it is using the power to manipulate things to the detriment of the progress of other tiers of government.

States are being unduly punished as allocations are either not released as and when due or are cut arbitrarily. That is why most of these state governments, apart from the endemic corruption in the system, are unable to pay salaries. This is one of reasons state policing is being agitated for.

Nigerians have come to know that the government is not truly federal. I don’t know what Buhari meant by true federalism. But my argument is for our federalism to be true, it must conform to certain standards and norms. Among these are avoidance of the principle of gerrymandering, impartiality of the judiciary, proper distribution of the national ‘cake,’ total eradication of corruption, among others.

These are the factors that must be well taken care of before we talk of true federalism. For Buhari to say we need true federalism, it means all or most of the things I highlighted are missing.

What are the ideals of federalism?

Power must be well defined. Whatever power boundary defined in the constitution must be strictly adhered to; this has not been the case in Nigeria. The constitution should not be crippled through misinterpretation. The Nigerian Federal Government has always interpreted the constitution to suit itself.

In fact, we have several cases where the Federal Government disobeyed judgments passed by the court of law. Judiciary, the last hope of the masses, has now been cowed in by the Federal Government. Appointment of the chief justice should be done by the Supreme Court; it is never an exclusive right of the president.

There is nothing wrong with the Nigerian constitution. There can be some areas that need amendments to meet the prevailing situations. There is no perfect constitution. However, many issues suffer being addressed because amendment processes could be slow in Nigeria.

Considering Buhari’s claim of true federalism being the way out of Nigeria’s many problems, do you see the president pursuing this in the next dispensation?

I will say yes and no. When he started four years ago, the slogan was change. Patiently, Nigerians waited for that drastic change. Unfortunately, nothing has been drastic. The change process appears slow. That’s why I think the answer could be a no. If Buhari continues with the approach he is using now, I doubt if we can have the true federalism being envisaged.

But now that he is advocating the next level mantra, I want to believe he has learnt from his mistakes, a development that should make him perform. Let us give him a chance. I hope he will be different in his approach this time.

He should eliminate sycophants from his appointees. This time around, we need technocrats, not his relatives. We have people; qualified hands who are capable of running the various sectors in the country. If some of his current ministers were given scorecards, most of them would score less than 40 per cent. He should work on the issue of security.

Even lives are no longer safe in the South-West. He should fight corruption. He should know that people are hungry. So, the problem of unemployment should be addressed.

Twenty years into democracy, Nigeria has been grappling with many crises? Do you see the nation getting out of these?

We are now worse off than we were 20 years ago. I won’t be either too optimistic or pessimistic. Nigeria is blessed despite the prevailing numerous problems. These have also robbed us of the dividends of democracy. But I believe that with prayers, we can prevail.

Do you agree with the president that true federalism is the way out of Nigeria’s numerous problems?

Africa had slept far too long