I don’t sleep with men for money… —Ruth Kadiri 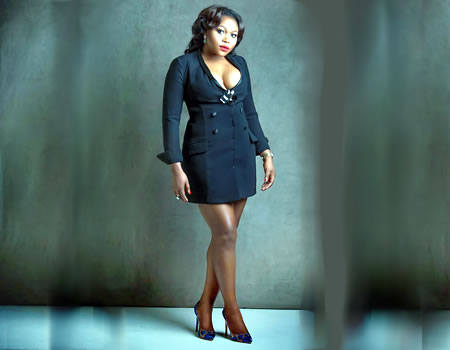 Movie director and actor, Pascal Atuma may have drawn the ire of Nollywood screen diva, Ruth Kadidiri, over a comment credited to him, where he was quoted to have said that one has to be a prostitute or semi-prostitute to make it in the movie industry.

Atuma was speaking during an interview with Cable Lifetsyle where he was said to have shocked movie practitioners, especially the female folk with the statement that is currently raising dusts.

The movie director had said: “If you are not a full-time or semi-prostitute, you will not make in Nollywood, Our ladies are using what they have to get what they want. Even some of the guys who can use their a**** are the ones making it in Nollywood.”

Atuma said Nollywood is “controlled by pimps” and upcoming actors and filmmakers should not be deceived by the glamorous lifetsyles they seem from outside.

Reacting to Pascal’s statement, Kadiri, a movie maker, said she had worked hard over the years to be placed into a general category and insulted by a practitioner.

Kadiri who took to her Instagram account to condemn what she described as a “reckless” statement from the director queried how a practitioner would make a general statement and tagged everyone as prostititues.

“I do not sleep with men for money or lifestyle. I feel offended. I am an actress and a producer. I am successful and I am not a prostitute. If Mr Pascal has nothing to say, he should stop grantinf interviews,”she said

Livid Kadiri said further that  “slamming us all and generalising based on the lifestyle of a few was very wrong.”