‘I don’t regret what I did,’ says British PM’s top aide on lockdown row

Latest NewsWorld News
By Tribune Online On May 26, 2020 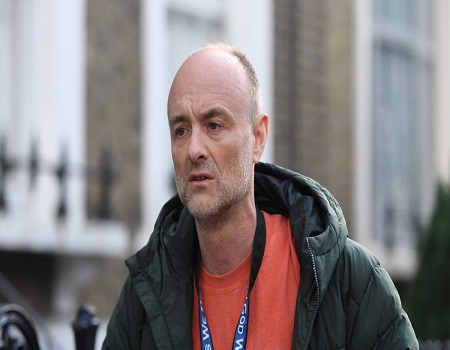 Dominic Cummings, a top adviser to British Prime Minister Boris Johnson, defended his decision to leave London amid lockdown travel restrictions, saying: “I don’t regret what I did.”

“I did not ask the prime minister about the decision; He was ill himself and he had huge problems to deal with,” Cummings told reporters on Monday, adding that he believed he’d acted “reasonably.”

Calls have mounted for Cummings to resign over the decision, but Cummings said he had “not considered” that option.

“No, I have not offered to resign. I have not considered it,” he said. “I think it’s reasonable to say that other people would have behaved differently, in different ways, in this whole situation.”

At least 15 lawmakers from Johnson’s Conservatives earlier joined calls by the opposition Labour Party and Liberal Democrats, as well as health officials and bishops from the Church of England, for Cummings to resign or be fired.

After Cummings’ press conference, the acting leader of the Liberal Democrats, Sir Ed Davey, tweeted: “Cummings’ statement confirms he broke the guidelines. When millions kept to those rules. The PM must now terminate his contract – if he wants to regain any credibility in leading the country on dealing with the Coronavirus crisis.”

Angela Richardson, a lawmaker for the Conservatives, meanwhile tweeted: “Dominic Cummings has given a full, frank and fair explanation as to his movements and thought processes. It is time to move forward.”

Cummings travelled 430 kilometres from London to his parents’ home on a farm in County Durham at the end of March. Both Cummings and his wife were ill at the time and suspected they had the coronavirus. “[It] was the least risk to everybody concerned if my wife and I had both been unable to look after our 4-year-old,” he said.

Cummings said he did not meet his parents and stayed well away from them. His sister and her teenage daughters also lived on the farm and had offered to assist with childcare if necessary.

The press conference was in the garden of 10 Downing Street, the prime minister’s official residence and office, a rare venue for a government adviser.

The prime minister said at a news conference on Sunday evening he had come to the conclusion that Cummings had “followed the instincts of every father and every parent.”

“I do not mark him down for that,” Johnson said.

But former Durham County police chief Mike Barton told British public broadcaster the BBC that Cummings was at fault. “Let’s not beat about the bush,” Barton said on Sunday, “he broke the rules. It’s very clear.”

“If you give the impression there’s one rule for them and one rule for us, you fatally undermine that sense of ‘we’re all in this together’,” Stephen Reicher, a member of the government’s advisory group on behavioural science, told broadcaster ITV earlier.

Conservative lawmaker Paul Maynard said Cummings’ behaviour was “indefensible,” while Nick Baines, the Bishop of Leeds, tweeted: “The question now is: do we accept being lied to, patronised and treated by a PM as mugs?”