I don’t joke with fasting and prayer —Shina Peters 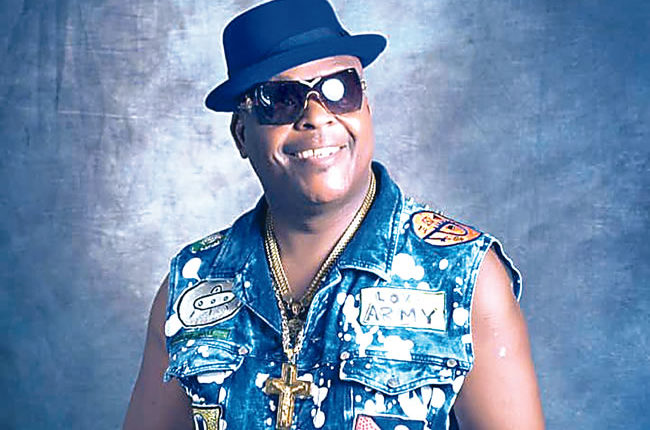 For over three decades, Sir Shina Peters has continued to reign in the music industry and entertained many people with his ‘Afrojuju’ music. With his music transcending generations, SSP, as he’s fondly called, does not look tired and wants to keep working with younger generation of musicians. SEGUN ADEBAYO brings excerpts of his conversation with the juju maestro.

For you, it has been more than three decades of continued relevance; many people still love and appreciate your music despite the fact that you have not released an album in a while. At parties, some of your old songs are still the toast of many. What would you attribute this success to?

First, I will attribute it to originality. Before 1989 when ‘Afro Juju’ came out, juju music was being played in a particular pattern. But my album, ‘Ace’ changed the way juju music was being played. Also, before that, juju music appealed only to people in their 40s through to the 60s, but when ‘Ace’ came, everyone wanted to listen, including those in their 20s. Those in their 20s at the time are old now and when they hear it, they still catch the vibe. The music is evergreen. Also, anything I do as Sir Shina Peters, I dedicate it to God. He is the one who has made me to remain relevant for the last 30 years.

DJ Cuppy is my daughter. As you know, Cuppy’s father, [Femi] Otedola is my very good friend. We’ve been friends for over 30 years. So, anything to push his daughter who is a musician, I’ll naturally do. Aside that, she is very talented, hard working, and is always willing to learn. Also, I have in the pipeline an intention to do an album with as many as 10 or 15 hip-hop artistes. In that album, I intend to do a track with each of the artistes. To me, music is not about generation, it’s about what would make people at home who listen to us happy. I look forward to doing a lot of hits with many of the younger generation of artistes.

When should we expect in this album?

That will be very soon.

As an artiste, you sing of different things and seem unafraid to touch even sensitive issues. Just as you hand out advice in your music. You address social issues without the fear of not being accepted. What built that confidence in you, especially when we don’t see the younger generation of artistes doing much of that anymore?

I believe music should be a tool of social advocacy. It should also be a way to pass messages across to people. As a person, a lot of people look up to me and they want to hear my opinion. Therefore, I use my music to try to pass different messages to people.

After your last showcase at the ‘Owambe Saturday’ (The Shinamania Experience) in the heat of the COVID-19 pandemic, people are still talking about it. How do you maintain so much energy on stage?

It is God. I don’t do drugs; the only thing I do is my exercise and prayer. I just get excited to entertain people. As a musician, I don’t believe in drugs. But when I hear the beat and I’m with my guitar, I just want to make people happy. And when I see people happy, I’m motivated to do good music.

The quality of your sound remains high, both on stage and in records; what’s the secret to making quality music?

First is the fact that I do not cut corners; I’m not one of those kinds of musicians. Right from the outset, I never cut corners. I’d rather not book a show than go there with substandard instruments, those who know me can testify to that.

How do you feel when the younger generation of artistes pick some of your old songs and rework them into their own new music?

It’s mixed feelings. I want them to do the right thing, which is to acknowledge where the music originally comes from. But I see all of them as my children who might not know the implication of what they are doing, so I’ll not take them to court. But when I see them, I advise them on what to do, so they won’t fall into the trap of others who won’t take it lightly with them. But seeing younger artiste play or take out of my music tells me that I did the right thing for younger artistes to find my music relevant years after.

You seem to have lived a fruitful life so far. Is there anything you would wish to change about your journey so far if you had the chance?

I’m not somebody who regrets the things I do. That’s why before I do anything, I think about it deeply and I pray about it. I have no regrets. At over 60, I am super healthy, and God has allowed me to see my children and grandchildren. What else can a person ask for? In my chosen profession, I’m still very relevant.

What’s the secret to being successful as a musician? Do you believe those laws still apply?

I think the key to becoming a successful musician is also the key to being successful in life. Hard work, perseverance, and putting God first in everything you do. Most importantly, honesty.

Of all your records like ‘Ace’, ‘Experience’, ‘Shinamania’, and the others, was there any you were ever afraid to put out because of the fear of unacceptability?

Yes, maybe ‘Shinamania’. After the huge success of ‘Ace’, everyone was saying Shina can never do another hit album. So after I finished the album, I asked Dele Momodu to call a few of my journalist-friends together and he invited Femi Akintunde Johnson (FAJ), Mayor Akinpelu, and we all sat inside my room at Sheraton Hotel to listen to it. I told them that if there was anything they wanted me to change, I could still change it. While it was playing, FAJ said it was nice and he really liked the ‘Pelemo Pelemo’ side. Dele Momodu also fell in love with the ‘Shinamania’ side. The following Saturday, I woke up and bought a copy of the Weekend Concord and saw myself on the cover of it with the headline, ‘Shinamania has taken over’. By that time, we didn’t have a title for the album, so I told them there was no need to change it, that Dele Momodu had chosen the title. That was how ‘Shinamania’ came about. It turned out to be a huge success.

If you hadn’t become a musician, what else would you have done?

I don’t joke with fasting and prayer and the fear of God is my strength. I would have been a spiritualist praying for people if not a musician, for the betterment of people.