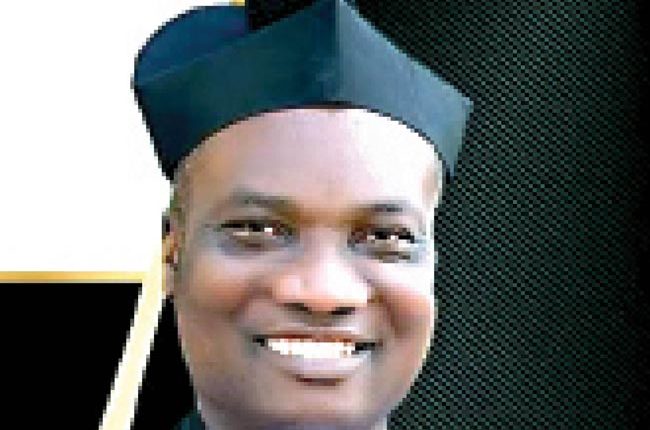 Parish Priest of Emmanuel Anglican Church Onitsha, Chairman of Christian Association of Nigeria (CAN) Anambra State chapter and Chairman of the Bible Society of Nigeria (BSN), South East Zone., Venerable Joseph Nweke, in this interview with SEYI SOKOYA, speaks on the quest for Igbo president and national issues.

Could you shed light on what brought about the recently held prayer meeting held by religious and traditional rulers?

The new governor of Anambra State, Professor Charles Soludo indicated interest among the stakeholders that we need to stabilise the state as a peaceful state. He assured us, he was talking with the leadership of the Indigenous People of Biafra (IPOB) for peace and harmony to return to Anambra State. He promised us that they are working hard for the release of Mazi Nnamdi Kanu. On that note, CAN bought into the project of stabilising the state and at the summit, which was well attended, we made our own contribution towards its success.

The state has been under siege for months. How has it been with the sit-at-home order in the state?

There are two things in this saga, one is that the agitators have grievance that the political class are not listening to them towards the release of their leader, Nnamdi Kanu. So, anything you are doing towards abolishing sit-at-home order irritates them. I think the government should go to the drawing table to convince these people that they are serious with the efforts to release Nnamdi Kanu.

There is nothing you do or say without Kanu’s release agenda to convince these people. They are so much committed to this project and the agitation has taken a lot of time. So, it will take a long time to dismantle it. What they are saying is that they need equity, fairness and justice. If these are put on the table nobody will agitate. The political class is not addressing it and the premise upon which we are in to stabilising peace is one that Nnamdi Kanu should be released. Two; that the Nigeria system will be made to work under equity, fairness and justice. Without these, anything you are doing will collapse.

Considering the agitation and the effort of the governor, do you see Nnamdi Kanu being released anytime soon?

From my own layman’s view, Nigerian government brought a new law that did not pass through the National Assembly; a new law that came from those who are supposed to interpret the law not those who make laws. This alone will tell you that the Federal Government is up to something. Since terrorists have been discovered in the North East and other parts of the north, there are no laws encouraging secret trials. But because Nnamdi Kanu’s matter is progressing well they have introduced secret trials. This is a signal to those agitating that these people do not mean what they are saying. I do not forsee the Federal Government releasing him anytime soon with the attitude they are displaying. That will be dangerous to everybody.

Do you agree with the IPOB that the Igbos are marginalised?

I do not only agree; I have experienced it. I am doubling agreeing with them. They are right because the Igbos are grossly marginalised in everything. Look, I am in this country and I have been a priest for the past 35 years. I have done church for the past 40 years. I began this work as a church worker in 1982 and this 2022 which makes it 40 years. I have seen many things in this country. I have seen government upon government and what they did. The truth is Igbos are overwhelming marginalised.

What is your take on zoning and do you see an Igbo man becoming Nigeria’s next president?

Whenever it comes to an Igbo man’s tenure, laws will come out to abolish the system and the field of play is reconstructed. I know that Igbos are ready to take up leadership, but my mind tells me that the northerners are plotting hard to make sure that Igbos do not clinch the presidency. I have seen many South Westerns say that they need Igbo president. I have heard Atiku say that if an easterner is chosen by his party to contest for presidency, he will not contest again because of equity and fairness. But with the cabers here and there, especially under this present government, I do not see anything that will favour the Igbos; I do not forsee that.

They are making every law that Igbos are perpetually marginalised. But it is to their own peril because Igbos are blessed with wisdom, they are hardworking and have social life. Igbos are geniuses in so many fields, if you do not want them you keep on destroying your economy. Today our naira is falling because somebody who does not know anything about the economy is at the helm of affairs. Gas is sold at N700 per litre, first time in the history of Nigeria because the minister of petroleum is the president of Nigeria. From the day he assumed office as petroleum minister everything started worsening by the day and the Hausas cannot see anything bad about it. Let’s keep on going but trying to sweep Igbos aside is destroying Nigeria.

The Igbos are alleged not to love one another, betray themselves and do not speak with one voice. That is a lie. Igbos are the most loving people in the world. If you go to the Northern states and see an Igbo man trading, you will see him coming back to the East to pick another Igbo man to engage in similar trade.  We know our language, ‘onuru ube nwanne agbana oso’, we do not abandon our brothers in freedom fight. These people against the Igbo agenda are instigating crisis in Igbo land so they can have their way.

How has the tensed situation in Anambra State affected worship?

The insecurity in Anambra State is creeping in from Imo State. The areas affected are only six Local Government including, Ihiala, Nnewi North, Nnewi South, Aguata, Orumba North and South. These are boundary towns with Imo State where insecurity is happening most. We live in Onitsha and there has not been any incident of insecurity or banditry attack.

Churches are still worshipping some places, though they warned us that if we do not take this release of Kanu serious they will see the church as an enemy. So, the church is trying to make sure they do not fall victim of being their enemy.

What is your claim on the news that Governor Soludo has resolved to give amnesty to militants in the state?

Amnesty to who? Every Igbo man is a Biafra in case you do not know and every Biafra man whether you are denying it or not is a member of  IPOB. Let us stop deceiving ourselves. If after the 1967 to 1970 war where nobody defeated the Biafrans as ‘no victor no vanquish’ was declared and today you are asking Biafrans to come for amnesty, amnesty for what? Amnesty for agitating to be free? I do not believe in amnesty to anybody because all of us Biafrans feel cheated in Nigerian system.

As a cleric do you forsee hope for Nigeria in 2023 for the restoration from economic crunch, insecurity and other challenges?

The way President Buhari is going I am afraid. As I am talking to you Nigeria is indebted to huge billions of naira. It is better they sell Nigeria than the borrowing they are engaging in. You will not see the effect of the borrowing and this is a way of mortgaging the people to the Fulanis. They get and keep these funds overseas so that whoever becomes next president will suffer. In fact Nigeria is trouble; I do not know what to say about 2023 because it is very gloomy.

How the globe celebrated T.B. Joshua one year after

Kumuyi at 81: Peeping into his future