I care so much about my pretty face —Bidemi Mustapha (Minaj) 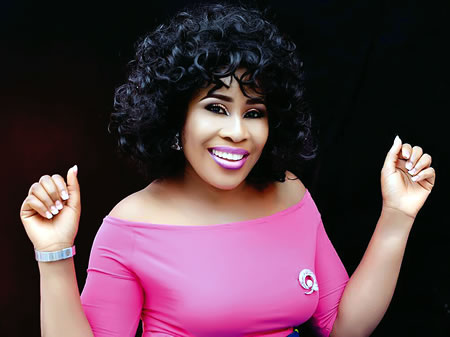 Bidemi Mustapha, popularly known as Minaj is one actress, who does not only pay attention to her acting, but also her face. To her, her pretty face means so much to her and would always protect it. With five movies to her credit, the graduate of Microbiology, in this interview by SEGUN ADEBAYO, speaks on her career and life.

You have come a long way in the industry and you have a face that people really like to see on the screen. How would you describe the journey so far?

The journey has not been very smooth but I am grateful to God for the strength and grace to keep pushing on. It has not been a rosy ride, especially when you consider some of the challenges one has gone through over the years, but the I am happy that things are looking up for me. When I look back, I can say I have many reasons to thank God. Talking about the face people love to see, I think every lady loves to take care of their face. The first thing people see when they approach you is your face. So, I love to pamper my face and take care of it because that is what people love to see on the screen.

How much do you spend to take care of your face?

What I spend might be different from what others spend. I don’t even want to talk about how much it costs to take care of my face, and not just my face but my skin as well. I cherish my face and skin and I don’t spare anything to make sure I look clean and nice all the time.

Let’s talk about acting, what was the attraction for you when you started?

I have always loved to see actors and actresses on screen since I was a child and the passion actually never stopped growing till I gained admission into higher institution. I remember seeing actresses on screen acting and I would tell my friends that I could do what those on the screen were doing and probably did it better. But I was in school then and I didn’t pay much attention to acting until one day, when I was with one of my lecturers, Mr Agboola, who is a friend of Muyiwa Ademola Authentic. I told my lecturer that I would love to be an actress, so he informed Authentic and arranged a meeting. After about a week or two, we met Muyiwa Ademola and he told me what I would do. I could remember he asked me when I met him if I was in school because he said he would not take me if I didn’t go to school. That was how the journey started. I enrolled in Authentic School of Drama in 2008. I was in and out of acting for two years but I didn’t pay much attention because I was still in school. I could not cope with being a student and actor at the same time. So, in 2010, I went for youth service and I joined the industry fully in 2011.

You are famous with the name Minaj, what brought about that name?

I got the name from the first movie I produced in 2015. The title of the movie was Minaj.

You joined the industry fully in 2011 and you produced your first movie in 2015. How did you raise enough money to produce a movie?

I was able to raise some money during my youth service year. I was also part of the Independent National Electoral Commission (INEC) ad hoc staff that conducted election in 2015. So, we were paid by INEC for the period of the election. I saved up the money for the project and I spoke with my sister, who also raised some money for me to produce my first movie. Minaj was the movie that put my face out there and I am so happy that I took that step to produce the movie.

Some of your colleagues say they don’t make money from movie production but they have never stopped producing. What has been your experience so far?

I made little of no profit when I produced my first movie, but I got the fame that gave me the break, that put my career on track. For some of us, who have not stopped producing movies, it is not about the money you make that matters sometimes, it is for you to remain relevant as a respected movie producer.

So you don’t make money from producing movies?

Not many people make money producing movies, because there are many platforms that people can watch your movie without paying. There is the issue of piracy that has rendered many people useless and hopeless. I am grateful to God for my life and the success I have recorded so far, but it has not been easy.

But you don’t want to stop, do you?

I can’t stop doing what I love. I am so passionate about acting and even if I venture into something else, I would still remain actor for the rest of my life. I will also love to produce more movies if I have the resources to fund it. It might be difficult but this is our job and we can’t neglect it. 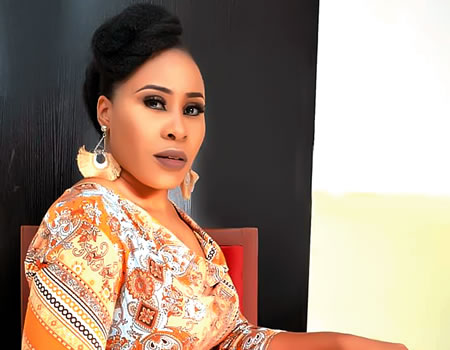 So there was never been a time that you felt like walking away when things got bad?

Yes, there was a time that I wanted to end it all. I got frustrated by many factors that put me off. I just got tired of everything and I said to myself that acting was not my way. Though, a part of me didn’t want to give up, but I got really tired of the situation and the thought of quitting didn’t stop coming to my head.

So how did you overcome your trying times?

After a while, I decided to be brave and diversified. I had to travel out of Nigeria and got trained as a cosmetologist and make up. I became a professional cosmetologist in not time and I returned to Nigeria to set up the business on a full time scale. To be sincere, my exposure in the movie industry enhanced my business and people call me from different parts of the world to request for my services. I believe that looking good is a real deal because your beauty must speak for you all the time. What you see is what you get. So, if acting is not paying, I am making up for it as a beautician.

It is common in the industry for starters to be pressured by producers to give in to sex for role. How was it when you started?

I am not going to say it does not happen in the industry but I never experienced it because I belonged to the Authentic Drama group, so no producer can force me or any member of my group to do what we don’t want to do. See, if I want to date or sleep with any producer, I can do it. It does not have to be attached to roles I would get or play. It has to be what I want to do.

Cuts in…Did you say they were abused? I don’t think anybody can be abused if you don’t want to be abused. Some of the people who fall victim of sex for roles are the desperate ones, who want to appear in movies by all means. I was never and still not desperate for fame. Some of my senior colleagues would say I am not a serious actor.

Why do they say that?

I think they say that because I don’t seem to be desperate for anything. I have produced four movies in the space of ten years and I am comfortable with my life and career.

Which movies did you produce?

And you didn’t make money from the sales of these movies?

I might not have made all the money in this world but I am very comfortable with the level I have attained in the industry. Minaj is a popular brand today, not because I slept my way up to the top. I never involved myself in what some people would gladly embrace.

What are those things?

I don’t want to talk about this person or that person. I can only speak for myself. You can’t possibly know what this person or that person is doing to get things running smoothly but I can tell you that I don’t believe I have to date or sleep with anyone to become what I want to be.  If I could produce four movies and appear in many movies without sleeping with anyone, I believe I have gone beyond that level now.

Apart from the fame you have enjoyed so far, what inspires you again?

I put myself into my job because being famous is not something you don’t take seriously. In a nutshell, being famous is a big deal for me. Even though, I am not desperate, I don’t joke with my profession.  I am inspired by the outpour of love I receive from my fans every day.

As a beautiful woman, how have you been coping with advances from men?

I’m trying my best to manage that aspect of fame. I’ve also been praying to God to help to manage it well. There is no how one can avoid it but I am a determined and focused person. I know what I want and where I’m going and I will not allow anything to distract me.

We have seen some of your female colleagues who prefer to become a babymama than to get married and live with their husbands. What do you think about this?

It is their choice and I don’t blame them for doing what is good for them. For me, I don’t ever want to be a babymama or whatever is called. I hope to get married one day, have my kids and stay with my husband for the rest of my life.

How soon are you close to achieving that dream?

I am very close. I will tell you very soon that I am getting married.

So you have found your man?

Yes, I am currently engaged currently and I don’t want to disclose more than that.

Is he in the movie industry?

No, he’s not. He’s not an actor and does not have anything to do with the entertainment industry.

So you can’t marry an actor?

Well, I can. But I have not found anyone that I could marry in the movie industry.

They don’t appeal to you?

They have not asked me out.

What to know about sunglasses

My fears for Nigeria at this delicate time —Actress, Opeyemi Aiyeola