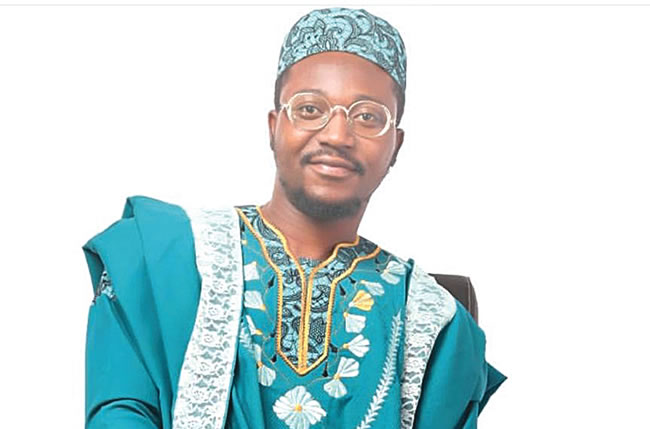 Fast-rising filmmaker and actor, Azeez Adeniran, famously known as Baba Nla keeps bringing the best part of himself out when it comes to movie-making and acting. For him, the journey to stardom may seem rough and depressing but he would continue to use his God-given talent to make his name known in the business of moviemaking. He shares the story behind his rise and future plans with SEGUN ADEBAYO. Excerpts:

How have these times been for you as an actor and producer?

I am grateful all the time, even in this pandemic season.  I just hope this time passes as soon as possible by God’s grace, so we can always get back to work.

You are an actor and movie producer. Does being an actor automatically make you a producer?

No, being an actor is different from being a producer. It’s just a grace for me to be able to produce movies as well, even though I shuffle the between both.

Many believe that actors doubling as producers is the reason film qualities have reduced. How do you react?

I won’t support that motion because producing a movie is more like investing in a business. Movie business is lucrative. We actors have this great mind that picture more than the viewers and we always want to show that through our movie. Movie quality depends on the budget, I mean production cost. Believe me when you have all what is necessary, you will surely produce quality movie. Money produces good quality in shot.

Who are your contemporaries in the industry?

I can’t say I have contemporaries, I only have family who I call my blood.  The ones that always care to see me grow. The likes of slate 1 family, Kayode Adebayo, Macaroni,  jide Awobona , Akin Kolapo, Shalewa Yusuf, Temitope Aremu and many of them that I can’t mention now.

Do you have any preference for working with some set of people and who are they?

I am not sure if there is any preference, I run same energy wherever I find myself.

What would you describe as the peak of a career in entertainment and how close are you?

Winning a world class award and getting your movie as most streamed and popular. Working with some great minds director and producers that are award-winning pushed my acting skill to the top and I believe the sky is not the limit but the start of greater things to come.

Can you relate some of the biggest challenges you have faced?

The biggest challenge is me. I mean myself, the urge to do better every time. I always want to improve my skills and I’m still hoping I will beat that when I am on top of my game. Then I can credit myself.

Insight into your plans after the full resumption of economic activities.

I have a movie already planned, that I have to shoot in different countries including the United Kingdom. Believe me I always strive for the best.  So after full resumption, it will be work after work.

Do you have any role model in the industry?

I have a lot of role models. The likes of Ojopagogo, Muyiwa Ademola, Taiwo Hassan (Ogogo), Yemi my Lover , Toyin Adegbola and many more.

When compared with foreign counterparts, do you think Nollywood is making strides?

I believe I am part of the new generations. I know what viewers want to see and I know there are many people like me. There are more brilliant people and at this stage; we are doing much better.