I am tired of being strong, Davido says as he finally breaks silence over bodyguard’s death 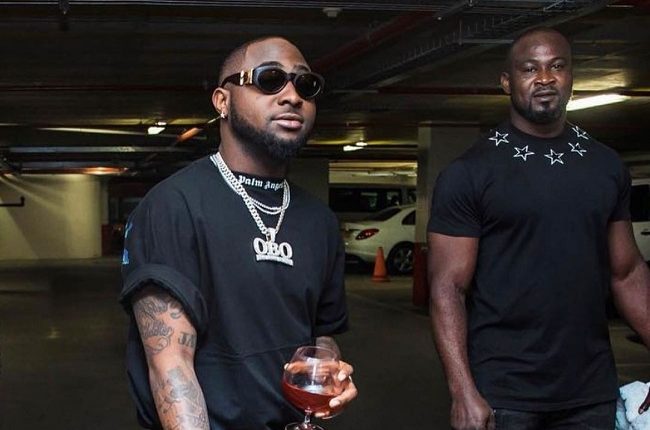 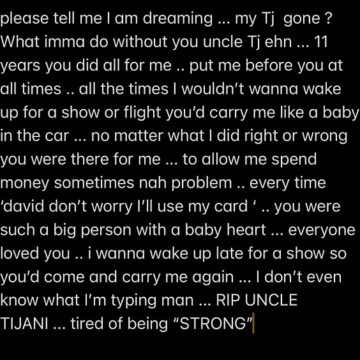 Nigerian music pop star, Davido, has finally confirmed losing his personal bodyguard of over 11 years. His bodyguard, Tijani, was said to have allegedly died from an unsuccessful battle with diabetes, on Tuesday.

Sharing the sad news on his Twitter handle @davido, the musician said: “Please tell me I am dreaming…my Tj gone? What imma do without you uncle Tj ehn…11 years you did all for me.

“Put me before you at all times, all the times I wouldn’t wanna wake up for a show or flight you’d carry me like a baby in the car.

“No matter what I did right or wrong, you were there for me, to allow me spend money sometimes nah problem.

“Everytime, ‘David don’t worry I’ll use my card’, you were such a big person with a baby heart. Everyone loves you, I wanna wake up late for a show so you’d come and carry me again.

“I don’t even know what I am typing man…RIP UNCLE TIJANI..tired of being ‘strong”.
Davido had not made an official announcement on Tuesday as the news went viral on social media but shared a post on social media indicating he was heartbroken.

Another member of his crew, Aloma of Davido Music Worldwide (DMW), also confirmed the bodyguard’s death on his IG page.

Fans have since expressed condolences to the music star.

I am tired of being strong, Davido says as he finally breaks silence over bodyguard’s death