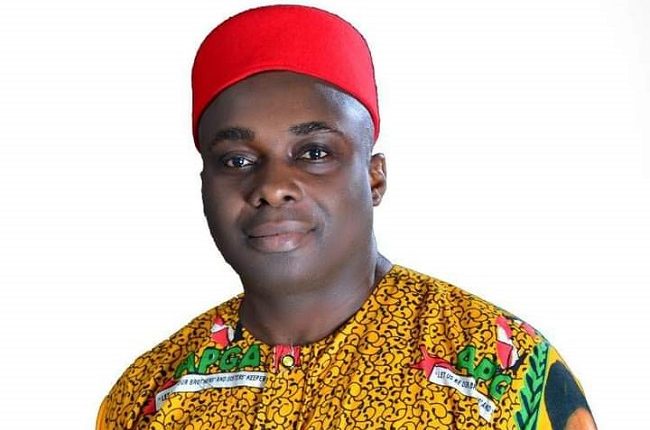 One of the All Progressive Grand Alliance (APGA) governorship aspirants Chukwuma Umeorji, has debunked the rumour making the rounds that he had been disqualifying to contest the party’s primary slated for June 22nd, 2021 by the party screening committee in Abuja.

Tribune Online gathered that APGA, in a statement signed by the National Organising Secretary, Ifeanyi Mbaeri, has confirmed the disqualification of five of its governorship aspirants in the Anambra State election during the party’s guber screening.

The party also disclosed the validation of the aspiration of four of its aspirants.

According to the statement, Ozoka was disqualified for being less than 18 months old in the party, being a registered voter in Abuja instead of Anambra and not also receiving a waiver nor applied for.

In the case of Nonso Okafor, the party said he was insubordinate, and that such action casts doubt on his person and loyalty as an aspirant of the party.

Carter Dike was disqualified for the same reason as Okafor, and also for being unsuitable to be a candidate of the party.

Umeoji who is known to be Prof Soludo’s main challenger was accused of inconsistent age declaration, the doubtful financial status of his nominators and being insubordinate to the party.

Nwankpo was also disqualified for being less than 18 months in the party and also not applying for, or obtaining a waiver from the party.

But Honourable Umeorji, in his reaction to the development, said he was still in the race with Prof. Charles Soludo, who happens to be the choice of governor Willie Obiano of Anambra State and others.

His reaction was contained in a statement signed by his media team and made available to newsmen in Awka, on Monday.

The statement read in part “we wish to inform our supporters, party faithful and entire Anambra electorates that we have received the Report of the APGA Screening Committee held on the 10th Day of June 2021 at the party National Secretariat Abuja.

“According to the Report of the Committee which was released this morning, 14th Day of June 2021, Hon. Chukwuma Michael Umeoji KSJI, MHR was “Not Cleared” to participate in the forthcoming APGA primary election slated for June 23, 2021

“It is the report of the Screening Committee and not the final decision of the National Working Committee of our great party, All Progressives Grand Alliance party, APGA ably led by the indefatigable National Chairman, Dr Victor Oye.

“Pursuant to the constitution and guideline of our great party, APGA, Hon Chukwuma Umeoji, will write to the NWC to appeal the decision and report of the Screening Committee, we hope that the party leadership in her wisdom would consider our appeal and exercise a veto that will enable Hon Chukwuma Michael Umeoji, participate in the primaries.

“Party faithful should ensure they participate fully in the ward Congress to elect Ad-Hoc Delegates for the Nomination of APGA Governorship candidate on 23rd June, resist every attempt of imposition while we await the reaction and final decision of the NWC.

“We urge our supporters and discerning ndị Anambra to remain calm and put the interest of the party FIRST.

“We are still committed to building a greater and better Anambra State together”, the statement concluded.

The governorship election is scheduled for November 6, 2021.