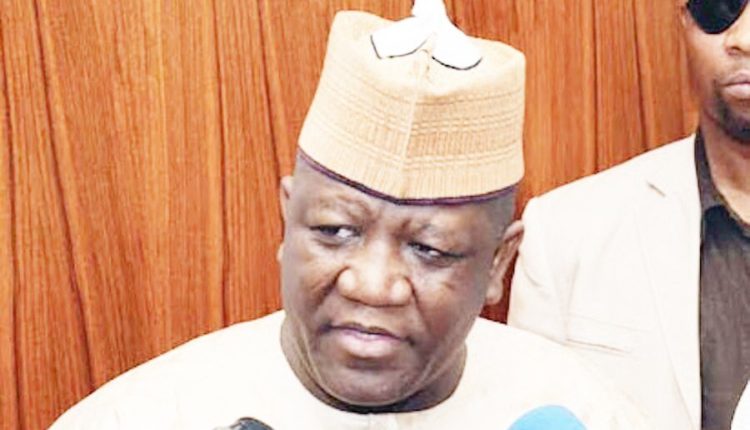 Former governor of Zamfara State, Alh Abdulaziz Yari has described his purported defection to the People’s Democratic Party (PDP) published by an online media as a lie.

Reacting to the rumour on Saturday, he said the story was fabricated by those who are politically scared of his prowess and afraid of their political future beyond 2023.

Yari who spoke through the All Progressives Congress (APC) Publicity Secretary of his faction, Ibrahim Birnin Magaji in an interview with Tribune Online maintained that the former governor won’t leave a House that he was not only one of its founders but a strong, critical stakeholder for its survival now and beyond 2023.

“Yes, they met in Kaduna, together with the Former senate president, Bukola Saraki, for the Wedding Fatiha of Malam Yusuf Bala Lau’s daughter (National Chairman of Izala Movement in Nigeria).

“That’s to tell you how he is not only politically connected across the divide but to show you how he was able to build bridges and goodwill in all parts of the country.

“Yari is currently, strategically warming up for a big task in the APC because he is in the race to become its national chairman so those who can not cope with the pace have resorted to this cheap blackmail, mischief, and self-deceit,” Birnin Magaji noted.