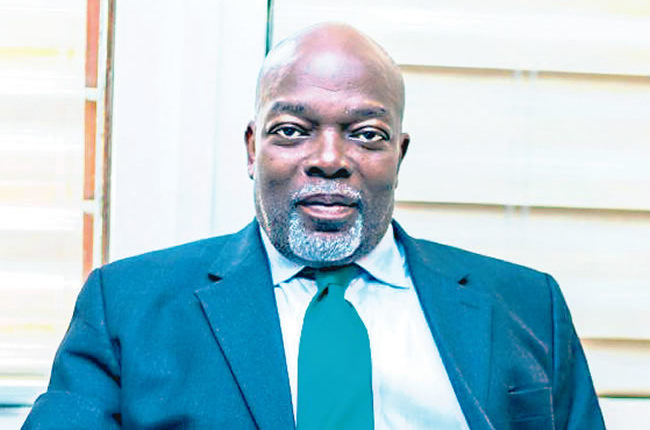 Chief Bisi Ilaka, who is a former Chief of Staff to Governor Seyi Makinde, is the Peoples Democratic Party’s candidate for Oyo Central Senatorial District in 2023 elections. The Ladilu of Oyo Kingdom tells DARE ADEKANMBI what he will be advocating as a senator and why the people of the state will re-elect Governor Seyi Makinde.

After the primary that threw you up as Oyo Central Senatorial District candidate, how has it been?

As you now, my senatorial district has 11 local government areas and five federal constituencies. So, since the primary, there has been the need to do the legwork in terms of creating cohesion in the party. I have been speaking to the person who contested with me as well as other candidates and people of influence and engaging with associations and bodies. Looking at the backdrop against which the elections will take place, it has been engaging.

What reactions are you getting from those engagements?

The reactions are different from federal constituency to federal constituency. With regard to my candidature, there was only one person who partook in the primary with me and because the gap was pretty huge, a certain opinion in the party is that there is literally no controversy. But with regard to those who contested to become House of Representatives candidates, there were areas where consensus prevailed. But there are also areas where we need to do some panel-beating and assuage some people. But by and large, virtually all of those who engaged in the contest were party men first and foremost. So, it has not been too difficult, just a case of recognising their interests and inputs in the party generally.

Two other major parties, Accord and APC, have also picked their candidates from Oyo town where you hail from. Vote sharing is inevitable for the three of you and you will have to look to do well outside for victory. Is this not a threat to you?

Let me probably flip the question a bit. In the last election, I had the majority of the votes in Oyo. I had various challenges in Surulere and Egbeda Local Government Areas particularly. For me as a candidate, it is a case of seeing areas where I tripped the last time. So, for next year’s election, a lot of effort is being  put into other zones outside Oyo. It is not like I am taking Oyo votes for granted. In the last two election cycles that I participated in, I won in Oyo. But the last one was actually quite instructive to see whether, having won the majority of the votes in the federal constituency in the last two elections was a mirage. We had a sitting senator in Oyo in 2019 and without a shadow of doubt I had more than double of what that senator got and we are both from Oyo. So, that confirms that for the votes in Oyo, we are pretty strong and that was even against the backdrop that my position was adversarial to the power-that-were at that time. So, I know that our people will come out to vote for me as PDP candidate. In addition, the government of Engineer Seyi Makinde has done so well for us in the constituency. We have got a lot of projects to point to. In the last election, we were telling the people our dreams and hopes if elected. But now we have so many projects to point to as the achievements of the Governor Makinde-led government in Oyo. Without fear of contradiction, I don’t think any other administration has benefited Oyo Federal Constituency the way the current government has done. So, my candidature has always resonated with the people of Oyo and this time I am also energised by the good deeds of Governor Makinde. I think we are pretty safe.

Your election will be held along the presidential election. There are talks about a tsunami in favour of APC because of the candidature of Senator Bola Tinubu in a way that will be reminiscent of the 2015 scenario. Are you worried this may affect you and the PDP?

The electorate are getting more and more sophisticated. In the 2015 elections that you alluded to, the people of my federal constituency could discern that they were voting for Bisi Ilaka as the senatorial candidate separate from Buhari in 2015. Now, the electorate are even more sophisticated. I engage with people who know what to do when voting. The people know they are picking from a menu and might vote X, Y, Z for their presidential, senatorial and House of Representatives candidates.  They are not necessarily voting in one direction. But having said that, we are also educating our people that the most important thing in Nigeria now, which is pretty existential, is how we live together. We need state police, constitutional court, and we need to be able to be champions of our own destiny. This country is a floundering ship. There are a lot of issues that concern the people.

We are operating against the backdrop that the APC government or Buhari’s government sold the people a lemon. We have had hyper inflation; we are buffeted by one recession or the other and there is massive youth unemployment. The APC government has touched the lives of Nigerians in a very negative way. To campaign against the APC will not really be a problem. On Tinubu’s mantra that it is his turn to be president, we all know the presidency of the country is not the patrimony of anybody. If anybody wants to rule, it should be from the standpoint of ‘we’ and not ‘I’. In the South-West, the voters are very sophisticated.

Should you win the election, what would you consider as priority in terms of legislative business, representation to the people and the direction Nigeria should be heading?

I have harped to our people that I will provide for them the robust and qualitative representation they truly deserve, but which they have not had in years. I will be joggling three balls: the representation, legislative agenda and oversight. On the legislative agenda, for me, one of the things that are really important to our people is that we have a constitution that is not working. So, I will be at the vanguard of the campaign that we throw away this constitution. All the amendments we have been doing will remain cosmetic. We need a brand new constitution that is fit for purpose and fit for the challenges that the country is facing now. If we can’t really have a new constitution, then we should accede to the clarion call by those who say we should go our separate ways. The grund norm is what defines us. It is what we build other structures on. I will be in the vanguard for a brand new constitution.

We cannot but understand that the economic life of the citizenry is also important. I would also be participating in sponsoring bills that unlock the potential of our people particularly the young people. We have tried all kinds of things which have not worked. We are moving to an area whereby digital literacy is a game changer. There are millions of jobs globally. So, it will be important to kit our youths with the requisite skills. Let’s get auto-mechanics who are first class, let’s get plumbers who are first class and so on, let’s get the youths who can write programmes and develop apps that can be used globally. We need to unlock the potential of our people economically and that is one area I will be making a strong advocacy when I get to the Senate. We know we are blessed with a vast amount of arable land, but there are bottlenecks in terms of feeder roads, storage facilities, aggregation centres, value-added entities. Any area that will enhance the economic livelihood of our people will be what I will constantly engage myself in.

I deduce from your remarks earlier that you are banking on the people of the state to re-elect Governor Seyi Makinde. What informs your confidence? Are you not aware of muffled talks about the opposition parties coming together against him in 2023 as was done in his favour in 2019?

I am and I do remain confident that Governor Seyi Makinde will be re-elected as governor of Oyo State in 2023.  First and foremost, I know that as of today and even going forward, there are too many elements in the opposition camp that are contradictions. Firstly, they hate themselves more than they hate us. Secondly, within their house, there is a whole spectrum. Under the canopy of the larger APC family, we have those who have migrated to Accord. My premise is this: opposition parties don’t win elections. It is governments that lose elections. An opposition party that wants to win an election will be up and doing. First and foremost, they will not start by dividing their house. The opposition tent in Oyo State is divided into all kinds of things. They are handicapped and they have also created an additional handicap for themselves. This story about internal democracy is very paramount. But it has not operated in the opposition party called APC. So, you have those who have left for various parties. In the main, we have those who have joined Accord and there are also elements that have gone to the Labour Party. Then you also have politicians that of the most dangerous type who will remain in the party and will not work for the party, but work for the opposition. For example, there are those who will remain in APC and work for Accord and those who will go all the way to work for the PDP. So, the APC is on a journey to nowhere in Oyo State. I have not seen the narrative that this fledgling Accord will play to the good people of Oyo State that they will be better than the government of Makinde. No administration is actually perfect. We have had our first term and there have been lessons learnt. Maybe we have not done as well as we would have wanted, but we have laid a solid foundation to improve. We have scored more than a pass mark in changing the economy of the state, in unleashing the potential of our people. We have addressed the issue of infrastructure. We have addressed the issue of education, which is what will create future jobs for the coming generation. I can enumerate too many of our achievements. In the area of agric business, we have done very well. In healthcare, we have done extremely well. Against the backdrop of the massive insecurity that we have all over the country, we have done well in the area of security. Whenever I am in Oyo State, I feel safe. So, we have ticked many boxes. But just like any other government, we can do better. We assure our people that we will do better in the second term. I am confident the governor will return and I will campaign on the good work he has done thus far.

Nigeria’s breaking point might be closer than we realise —Mabogunje

Strike: How we are surviving without salaries

We should restore 1963 Constitution to make progress —Ighile, ex-UPN secretary

Why I want to represent Lagos West in the Senate — Obanikoro