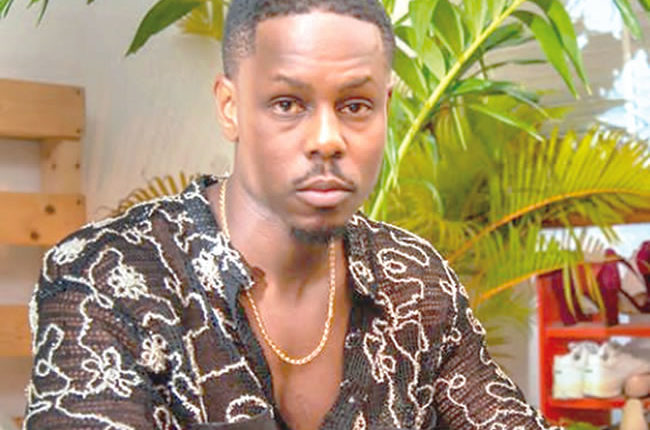 Ladipo Eso is a Nigerian musician and is popularly addressed as Ladipoe. The eloquent speaker, unique rapper and talented singer was born and raised in Lagos. He attended the University of North Carolina majoring in both Biology and Chemistry. Ladipoe is the first rapper signed to Mavin Record, and that was in 2017. He has been on the rise and his recent hit single ‘Know You’ has been mouthed on many lips making him a force to be looked out for in the Nigerian music industry. He speaks to FAVOUR BOLUWADE in this interview on his aspirations and how he is changing the rap music narrative among other issues.

When did you professionally start your music?

I would say I began to take my artistry more seriously in the year 2016.

Can you tell us how the journey has been since you joined the Mavin family?

Like all journeys, it has not been without its challenges. All these challenges have become important lessons for me. I am proud to have become an independent artist deciding how to become a better artist; how to showcase my artistry and brand before joining Mavin. Joining Mavin was a very intentional decision. We were both on crossroads; they wanted to diversify their sounds and wanted to bring on a rapper. I wanted more eyes and ears and I wanted something all of Nigeria, Africa and the world needed to see. And I felt that a platform that will make me go global, as well as be present and be a power house in Africa is the best place for me. The journey that led me to Mavin was one of brotherhood. I teamed up with people along the way that I made music with was one of the soul searching to decide what kind of artist I wanted to be or how I wanted to represent myself and it was one that showed me the importance of having a very strong support system and how to manage resources, because it is hard to be an independent artiste. You have to make do with a lot of creativity with very limited resources.

What is special about your sound and style; are you willing to explore more genres?

My whole sound and style is based on the idea of exploring more genres. I don’t believe that just because I’m a rapper, I am meant to only make hip hop music. That is like a country that is relying on one industry or commodity to have a healthy economy. For me, I explore different genres. In fact I characterise my music by the way that I put my words together, instead of the sound that my words are on. So I say, no punch lines, just life lines. Rap as everyone knows is for hard punch lines and I am good at that but I have life lines. They are good at depth, leave an impact and stick to your mind and soul. It makes you tell the other person ‘did you hear what he just said?’ That’s my music.

So what challenges are you facing being a rapper in the music industry in Nigeria?

The main challenge is changing the current narrative of rap music in Nigeria; and it says rap music does not have a place in Nigeria and it is not viable which is simply not true. It’s anachronistic and it holds no weight anymore. Artistes like Zlatan, Falz, myself has shown that it has a place, no matter the style of music. Once rap is music, it is rap music. It does not matter if it attached to hip hop music. Changing that narrative is the biggest challenge but it is happening.

Your hit song, ‘know you’ on which you featured Simi, has over one million views already on YouTube, how do you feel about this feat?

It is a combination of pride, humility and ambition. I am twice as ambitious now.

What do you want to attain in your music career?

Yes, definitely, but 2020 has shown me that no matter the plans you have, some things are more powerful. But, yes that is the plan; to have exclusive shows.

How are you carving a niche for yourself in the industry?

I am carving a niche by dropping one song at a time, keeping my fan base close and with me, at every step of the way.

Are you a songwriter, do you mind having any other person write for you?

Yes, I am a song writer, I enjoy writing my music. I am not comfortable with another person writing a whole song for me and I am just there to perform it. However, when I collaborate with people, we write together.

There are some lyrics that raise controversies in the society such as those that gratify internet fraud, drugs and others, how will your music change these narratives?

You know, the thing is my role is to create music that connects with people, impacts them and represent the things I personally stand for. That is the gift and the voice I have been given. My role is not to judge other sounds, art forms; people can create the things that they wish to create. I am just here to leave a legacy that will be ultimately positive.

Which collaborations are you looking forward to having in the future?

Naira Marley has delivered on his promise of N1m to me —Actor, Jude Chukwuka

Entertainers have side businesses; we are not broke —Actor, Enyinna Nwigwe