‘I am a fiercely independent artiste’ 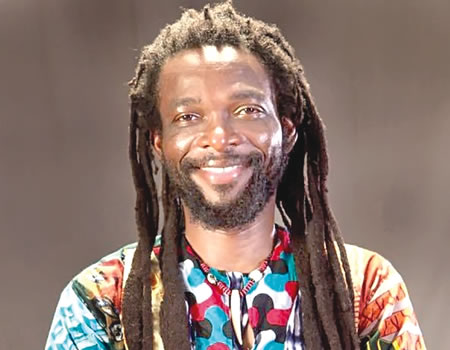 Segun Akinolu, popularly known as Beautiful Nubia, has distinguished himself in the music industry with his brand of music and philosophy. In the interview with SEYI SOKOYA, he speaks on national issues, among others.

You are in the news lately following your take on the current situation of the country and the forthcoming general election. What prompted this?

A true artist must speak to the people in every way possible to educate, inspire, advise and guide. I am just doing my job as a true artist when I speak out.

How did you feel about the reaction it generated from your fans?

The strong reaction shows that there are many people out there that are tired of how things are being done in this country; those who realise that these four-year cycles of elections are just a charade and will remain so until we engage with ourselves in a way that is honest and truly democratic. The reaction also shows that a large mass of our more enlightened folks may be close to being ready to play their roles in ensuring that we save ourselves from this endless, and aimless national drift, retardation and the deeply-entrenched culture of corruption.

Is it true you are angry with the government of the day and some past leaders, as some have suggested?

I am not angry with anyone. I am not happy about the mess we have created in this country and the many millions of lives we have wasted through lack of vision and application of simple intelligence and wisdom. We are all to blame for the failure of this society and the retardation of our country. Things will not change until people of goodwill and high principles decide that they’ve had enough of leaving things in the hands of mediocre minds parading as leaders. I am only trying to move us faster in that direction. 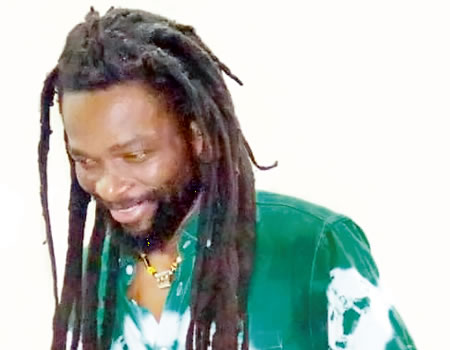 You seem to be the only artiste that is taking the lead in fostering the folk and root music in the industry. How has it been?

I gave “folk and roots” as a label to my music to enable classification by people to whom such is important. But my music is more than folk and roots. It is the rhythm of life and contains everything any human being needs to connect with his or her humanity – to feel whole, clear-minded, calm, energized, emboldened, positive, etc., depending on his or her immediate and long-term needs. My music is not made with a focus on making money or garnering fame; it is made with the purest of intentions, to bless and enrich the listener and the world with clarity and joy. My path has been strewn with difficulties and continues to be tough, but those who have been chosen for a high purpose don’t lament, they just get on with it.

Aside from being a popular folk musician you diversified in becoming an author of several books in less than two years. How were you able to achieve this?

I am a songwriter, musician and bandleader. And writing and publishing is not a new thing for me. I have always been a writer of many things-poetry, fiction, drama, essays, etc. I have also always been involved in journalism as a reporter, writer, editor, etc. Not in a newspaper like Tribune, of course. Several of my writings were published in the Tribune in the 90s. My first article to be published was in the defunct Daily Sketch in 1984. I have worked professionally as a researcher, technical writer and such. “Citadel Blues”, my book of fiction, is not really that new – it was written in 1991, first published in 2004 and republished in 2017. The really new books are “Sounds of Joy” (my autobiography), “Book of Songs” (a compendium of 188 songs released as Beautiful Nubia from 1997 to 2018, including interesting tidbits and anecdotes about the songs) and “A Word Merchant’s Log Book” (my fourth book of poetry). I was able to achieve this by spending many months writing, re-writing, editing and so on and on.

Don’t you feel concerned that despite all your efforts in using your music to preach morals, advocating a sane society and a corrupt-free nation, things get worse?

That’s totally normal; any astute student of history would tell you so. What it took a whole year to build can be destroyed in a day and then it might take more than a decade or longer to restore things back to the old glory. Our society has been going down this path of corruption and self-destruction for many years now. It began as a slow slide, but we are now in free-fall. But, thankfully, many people are awakening to the impending danger. My music has been there since 1997, playing non-stop, almost an album every year – full of guidance, warning, solutions, truth-and it won’t stop until we start to see those changes creep back into society. How much of my music do you hear on radio these days? We give them every new release as it comes out but no, they won’t play it, because they don’t like what it says. However, no human power can keep a force of nature down forever; somehow, our music keeps finding its way to the people. Irrespective of what anyone does to keep our true destiny as a people chained to pain and suffering, we will eventually break free of those shackles and emerge into a new dawn of rebirth and renewal. I am not concerned about the slowness of the process; that’s totally normal. Change will come to us when the people are ready. Soon, I hope. In the meantime, our music keeps shedding light on the path to personal and national redemption. Take that path when you’re ready, at least for the sake of the children and generations unborn.

Has this in any way discouraged your burning spirit?

I am a person who sees further than most; I see things from many dimensions; I don’t only see the present chaos and mess; I see what led to it; I see how it came to be; I see how it can be reversed; I see how differently things could be for us as a people – even in only 20 years – if we raise a new generation of upstanding, principled and positive-minded citizens. The children and youth give me hope all the time. I take my message to them at schools I share it with them on social media they respond enthusiastically; they respond with joy. I encourage them, they encourage me. I see the future through their eyes, I paint it for them in beautiful words and mellifluous melodies, and I send them; good energy for their uplift, to make them ready for the task ahead. We will take back this country from those who have destroyed it over several decades; we will free our people of the yoke of greed and selfishness and build a new land where everyone has a sense of belonging – a country that caters to every citizen irrespective of ethnicity, social class, religion, gender or language. It is a long-term project. My music has set the pace. The message is slowly reaching the critical mass that you need for social change. It is coming – true change; it is coming – true progress. Whether you can see it or not, whether you want or not, it is coming. I am very sure and confident.

Your name, Beautiful Nubia and style of music have made you unique, but it seems you are being isolated in the industry, considering your philosophy of life. How will you react to this?

I don’t feel isolated at all. The path I have taken is bestrewn with difficulties; it is not every artist that wants to go that way and I don’t blame them. It is a good thing to stand out, isn’t it?

You must have had several temptations to get rid of your dreadlocks, but it has remained part of your brand. For how long have you been keeping it and why?

I left my hair to its own devices in 2000 after many years of battling in futility to keep it under control. Over 18 years now and my hair and me are happy and at peace with each other.

All your works are philosophical and evergreen. How do you draw inspiration?

I can’t really tell you more than the fact that I was born with a gift and I have honed it to the high level you are experiencing now. I have refused to waver or be blown off-course by the needs of my tummy or my eyes. I am inspired by this gift, and I believe I will continue to be artistically fertile and productive as long as I stay true to the talent.

I make music any how it comes —Seyi Shay