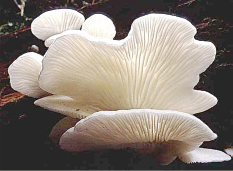 In ancient Japan, shiitake mushroom was considered an ‘elixir of life’ and it was eaten to increase energy and vigour and to protect against heart disease, infections and lower blood pressure. What is more, even in Nigeria, experts have found Oyster mushroom to reduce the pressure on the blood flowing in arteries and veins.

An individual can have high blood pressure for years without having symptoms. Even without symptoms, the damage to the blood vessels and to the heart still occurs and can be detected. Uncontrolled high blood pressure increases the risk of serious health problems, including heart attacks and stroke.

Mushrooms are common foods or food supplements both in developing and developed countries. Edible mushrooms are known as rich sources of protein, chitin, and vitamins. They have various medicinal benefits. They range from reducing cholesterol, lowering blood pressure, strengthening the immune system against diseases including viral ones, fighting tumours and improving liver function.

Moreover, reports of the ethnomedicinal uses of mushroom by the Igbos in South East and the Igalas in north-central Nigeria indicate that mushrooms such as Pleurotus tuberregium is used for the treatment of headache, stomach pain fever, cold and constipation while Ganoderma resinaceum is used for lowering blood sugar level and preventing liver diseases. Lentinus squarullosus is also used for mumps and heart diseases.

Also a recent study on the ethnomycological uses of macrofungi in Edo State observed that Pycnoporus cinnabarinus, a mushroom variant was used as hair-dye and lipstick by the maidens of Okomu.

Oyster mushroom and L. subnudus (shiitake) are the most commonly consumed mushrooms by the rural dwellers in South West, Nigeria. This is, probably, because of their nutritional and health-enhancing benefits reported in folklore.

Also, these edible mushrooms commonly consumed as food or as food supplement have been reported in folklore for their antihypertensive property although with limited scientific proof.

There are numerous studies on the effect of different types of mushroom as reducing incidents of hypertension.  The Shiitake mushroom, for instance, is shown to regulate the angiotensin converting enzyme (ACE) responsible for controlling blood pressure.

In a new study, the expert in the Journal of Food Biochemistry proved the efficacy of Oyster mushroom and shiitake mushroom for reducing high blood pressure.

He found that these mushrooms contain substances that can stop the enzyme that works on blood vessel restriction, reducing the pressure on the blood flowing in arteries and veins. It also reduces the concentration of free radicals mediated oxidative stress.

The 2020 study, involving Odunayo Michael Agunloye at the Federal University of Technology, Akure, Nigeria, suggested that their consumption as foods or food supplements may provide therapeutic benefits for hypertensive patients.

In the study, the water extract of mushroom was prepared in dissolved one gram of powder sample in 100 ml of distilled water and was fed to healthy male Wistar strain rats. Its various concentrations tested on the tissue of lungs and heart tissues had a dose-dependent effect on the angiotensin-converting enzyme (ACE) responsible for controlling blood pressure.

The study said these edible mushrooms are promising candidates for the development of medicinally or nutritionally functional foods.

Other  animal  studies  have  shown  significant  reductions  in  serum  and  liver cholesterol  levels  when  dried  and  powdered  mushrooms were included in  the  animal  diets,  even with high-fat diets and in  animals  with  hereditary high cholesterol levels.

Remarkably, mushrooms such as Grifola frondosa, Ganoderma lucidum and Pleurotus cornucopiae have been shown to possess varieties of compounds with known antihypertensive property by inhibiting the activity of ACE in the laboratory.

Should we talk about mental health in work place?