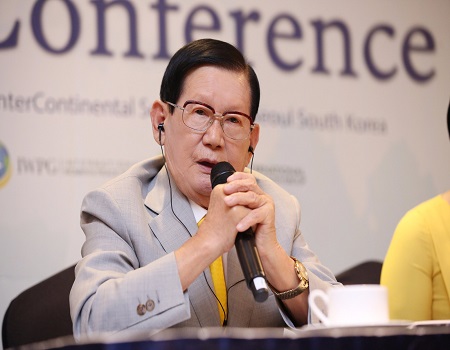 AN international peace Non-Governmental Organisation (NGO), Heavenly Culture, World Peace, Restoration of Light (HWPL) under the UN ECOSOC along with representatives from various sectors and organizations will be hosting some African Social Representatives to discuss regional harmony and security at a conference in Addis Ababa, Ethiopia, between August 15 and 16.

The participants at the conference include youth, women, media, religious and political leaders, and would be discussing how to achieve peace to foster sustainable development in their various communities.

Few months ago, the host country, Ethiopia, was hit with heavy casualties after a bomb attack that was presumably caused by ethnic conflicts about, hence the conferences are expected to cater for each sector of the society to foster regional reconciliation and build sustainable peace.

According to a statement released by the Department of Public Relations, Heavenly Culture, World Peace, Restoration of Light (International), “On the 15th, groups of youth and women will talk about the ethnic or regional conflicts that have been continuing until recently and discuss the legalization of peace necessary for harmony and reconciliation among nations. The host organization, HWPL, is proposing the Declaration of Peace and Cessation of War(DPCW) as a resolution for establishing a legally binding law for peace that can fundamentally prevent war and conflict.”

“On the 16th, there will be a forum for interfaith dialogue to promote a network among Christian denominations to be one under the meaning of the scripture and the 2018 Addis Ababa Summit to strengthen a cooperative partnership for regional stability and peace by reaffirming the importance of the implementation of an international/internal law for peace,” the statement stated.