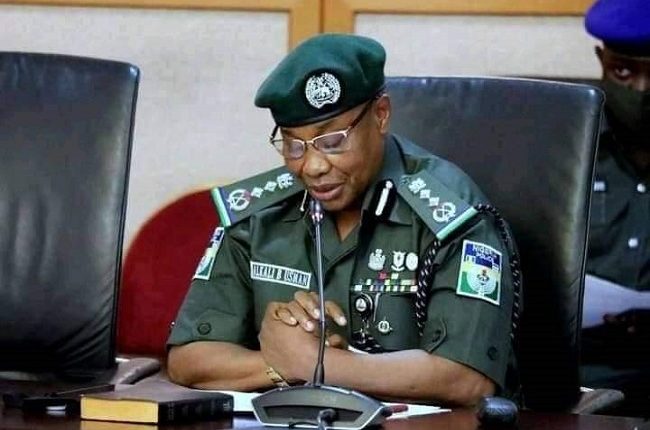 Among those decorated as Commissioners of Police (CPs) were husband and wife, Kehinde and Yetunde Longe.

The couple were among those promoted by the Police Service Commission (PSC) recently along with 15 other commissioners of police.

While reading their citations, the Force PRO, CP Frank Mba disclosed that the couple were course mates and joined the Nigeria Police Force on the same day.

The IGP also doctorate 22 other senior police officers, among which were two deputy inspector-general of police.

While DIG Zaki was promoted to cover the vacant duty post that was created as a result of the retirement of DIG Tijjani Baba who retired on October 6, 2021, DIG Kokumo will be filling the gap left by DIG David Oyebanji Folawiyo who retired on November 21 2021.

The total list of those decorated with their new ranks includes two DIGs, six Assistant inspectors- generals, AIGs of police including the Lagos State Commissioner of Police Hakeem Odumosu and 16 commissioners of police.

While congratulating the newly promoted officers, the IGP urged them to justify their new positions by redoubling their efforts in making society a crime-free one.

He also commended the Police Service Commission for keying into the ongoing Reformation of the Nigeria Police Force.

In spite of the huge investment in the water sector by the government and international organisations, water scarcity has grown to become a perennial nightmare for residents of Abeokuta, the Ogun State capital. This report x-rays the lives and experiences of residents in getting clean, potable and affordable water amidst the surge of COVID-19 cases in the state…IGP decorates newly promoted  IGP decorates newly promoted