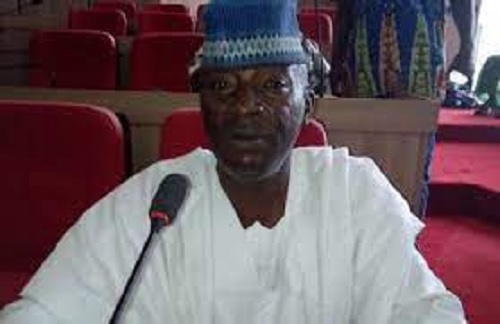 The Executive Director, Conscience for Human rights and Conflicts Resolution (CHRCR) Comrade Idris Abdul Miliki has called on the Citizens of the state to contribute their widow’s mite towards rehabilitation of Usman Katsina road, on the western axis of Lokoja, if the state government fails to commence work on the road.

He said the call became imperative as the state government has consistently decided to abandon the road even when it was captured on the budget of previous years.

In a statement made available to newsmen in Lokoja, the activist noted that the road is in a gory state which requires urgent rehabilitation.

According to him, the road is important because of its strategic location as it hosts Zone 8 police command, the Central Bank of Nigeria, the State Headquarters of the State security services, the State House of Assembly; the state High and Federal High Courts, customs, and the stadium.

In his words, “It is worrisome for such important road could be left in such dilapidated condition. We call on the Central Bank of Nigeria (CBN) to through their social responsibilities intervene in this embarrassing situation.

“Now that it is raining, the usual flooding have commenced subjecting the pupils, students, workers, residents in the state to untold hardship.

“However, if nothing meaningful could be achieved by the state government and relevant institutions, we call on the people, to raise money through contribution to repair some of the worst portions on the road particularly, the front of the stadium,” he solicited.

In spite of the huge investment in the water sector by the government and international organisations, water scarcity has grown to become a perennial nightmare for residents of Abeokuta, the Ogun State capital. This report x-rays the lives and experiences of residents in getting clean, potable and affordable water amidst the surge of COVID-19 cases in the state…  Human Rights Activist tasks gov Bello on rehabilitation of Hassan Katsina road

The Lagos-Ibadan railway was inaugurated recently for a full paid operation by the Nigerian Railway Corporation after about a year of free test-run. Our reporter joined the train to and fro Lagos from Ibadan and tells his experience in this report…  Human Rights Activist tasks gov Bello on rehabilitation of Hassan Katsina road

JUST IN: Thousands of sympathisers present as funeral service for Dare Adeboye holds