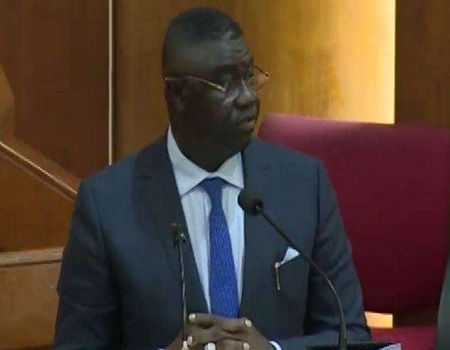 He said this during the Close-out workshop, organised by the National Road Safety Advisory Council on Thursday in Abuja, for the presentation of the Nigeria Road Safety Strategy (NRSS) 2, document.

“95 percent of the accidents are caused by human behaviours, human errors and not so much the infrastructure itself, and I think that this document will help address that,” he said.

The minister further admonished the public and the Federal Road Safety Corps (FRSC) to pay more attention to the human factors as stated in the document, adding that the government was doing a lot to address the infrastructure needs.

“I want Nigerians even FRSC to pay attention more to human factors rather than the physical factors. If the roads are bad it means people should drive at a slower speed and that will reduce accidents.

“But you find that when the roads are good, people drive too fast they do not respond to the conditions. Hence, I have said that unsafe conditions do not create accidents but it is the unsafe acts that do and it is not good.”

Dr. Boboye Oyeyemi, FRSC Corps Marshal, who spoke on the achievement of the first document, said though just about 30 percent was achieved, he is optimistic that with the introduction of the second NRSS document and the immense support from government and other partners much more would be achieved.

“The major gain of the first version is that we have defined the roles of all agencies involved in road safety management. If you observe for the past six years now there has not been talking of overlapping or duplication of functions.

“That’s because the act that set up the agency defines that and this document has stood by it. The second version is more robust and I strongly believe we are going to achieve the goals, we are already on course,” he said.

He said that road safety is an economic, development and strategic issue that requires collaboration from everyone to achieve.

Amaechi, therefore, called on the public and all relevant partners to continue to collaborate in the quest for more safer roads.

NAN reports that the establishment of the Advisory Council and the NRSS document is a demonstration of the Government’s commitment to addressing the challenges of road safety in the country in line with the United Nations agenda to reduce road accident-related deaths.

Minister of state for health pledges more support for PSN