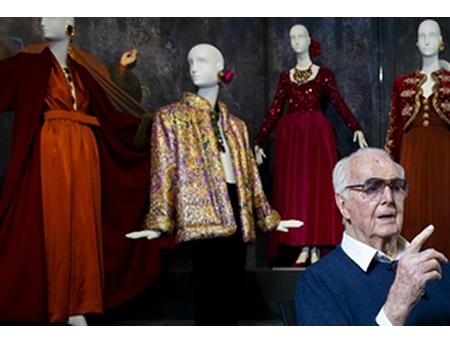 His partner, the former haute couture designer Philippe Venet, announced his death at the Givenchy fashion house, saying he had died in his sleep on Saturday.

The pair lived in a Renaissance chateau near Paris.

“It is with huge sadness that we inform you that Hubert Taffin de Givenchy has died,” it said in a statement to AFP.