How we will tackle vote-buying in Anambra election —INEC 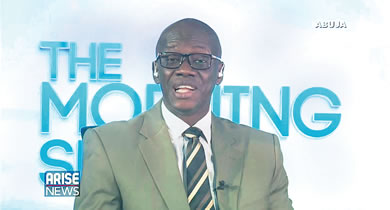 Rotimi Oyekanmi, Chief Press Secretary to Independent Electoral Commission (INEC) chairman, Professor Mahmood Yakubu, in an exclusive interview with TAIWO AMODU, speaks on the scary security situation in the South-East, especially in Anambra state ahead of the November 6 governorship election among other issues.

INEC chairman last Friday cautioned political parties against campaigns that could complicate security challenge in Anambra State. Beyond moral appeal, is there any sanction the Commission could wield against erring political parties?

There was an emergency meeting between INEC and security agencies under the aegis of the Inter-Agency Consultative Committee on Election Security (ICCES) on October 5, where the INEC chairman, Professor Mahmood Yakubu articulated the Commission’s concerns about the enduring violence in the South-East, particularly in Anambra State, where a governorship election will hold on November 6. He reminded the security experts about the attack on the Commission’s state office at Awka in May this year, resulting in the destruction of all the non-sensitive materials assembled for the election in addition to the store, collation centre and the main office building that were substantially damaged. The Commission also lost several operational vehicles to be used for the election.

But more importantly, the INEC chairman expressed concern about the safety of the thousands of the National Youth Service Corps (NYSC) members, our staff and other ad-hoc staff that the Commission intends to deploy to over 6,000 locations across 21 local government areas for the election.

We were pleased with the Minister of Interior, Mr Rauf Aregbesola’s response, who personally attended the meeting. The National Security Adviser, who is the co-chair of ICCES, the police and other sister agencies also gave assurances. We were assured that adequate security arrangements will be made. The meeting was fruitful. We believe that our security agencies will not fail us.

On multiple registration that the chairman said has been identified, he promised the register would be cleaned up. One would have expected that he would talk about prosecution of those found culpable rather than just saying they would only be allowed to vote once. Is double registration not a serious electoral offence?

Double registration is an offence and those who engage in it are liable for prosecution. The Continuous Voter Registration (CVR) began on 28th June this year and will continue till mid next year when it will once again be suspended because of the 2023 general election. The INEC chairman did say that after the entire exercise and clean-up, the Commission will take a decision on what to do about those found culpable of double registration.

Can we have an update on logistics ahead of the election?

The final details of the logistics for the Anambra governorship election, including the delimitation data, will be unveiled at the stakeholders meeting the Commission will convene about a week to the election proper. However, the total number of registered voters in the state is already known – 2,525,471. The Commission will provide the breakdown at the meeting.

Going by litigation trailing primaries, is the INEC really convinced that political parties are actually taking its admonition serious on instilling internal democracy in their various platforms?

Internal democracy in political parties is fundamental. The parties are also required to comply with the extant laws as contained in the 1999 Constitution, the 2010 Electoral Act as amended, as well as INEC Regulations and Guidelines. For instance, the position of the law regarding nomination of candidates is well captured under Section 87 of  the Electoral Act. Problems often arise when certain individuals within a political party attempt to circumvent extant laws as well as the constitution of the political party in question. This leads to litigation with dire consequences for the electoral system. However, the Commission will continue to play its role as mandated by the law without fear or favour.

How is the Commission taking the recent resolution of the Senate to defer to INEC to use its discretion on electronic transmission of results?

It is a welcome development. It will make the Commission’s work easier and our elections more credible and transparent. Better days are certainly ahead. However, the Bill is not yet a law until the legislative process completes its full cycle. The president’s assent is critical.

Is the Commission doing due diligence to ensure that political parties and their candidates in Anambra don’t spend beyond the threshold allowed by law?

The issue of vote buying: How prepared is INEC to frustrate such in Anambra?

The Commission has, since the resurgence of vote buying, taken several steps such as the re-configuration of our polling units which now makes it impossible for voters to show vote buyers their ballot, depicting the political party they have voted for at an election. We banned cell phones and photographic materials inside the voting cubicles during an election. We have also involved the Economic and Financial Crimes Commission (EFCC) in our collective efforts to arrest the ugly trend. So far, it has worked. However, vote buying that takes place before the election day or at a reasonable distance from the polling unit when an election is going on may be a bit difficult, but not impossible to track. Remember that a few persons with some suspicious quantities of cash were arrested at previous off-season governorship elections and subsequently interrogated.

In the 2022 budget, the Commission is on statutory transfer list, as empowered by the constitution. Are you satisfied with what you got?

The Federal Government provides our financial needs as the need arises.

Finally, is the Commission really convinced that there will be election in Anambra? The Federal Government last week dropped the hint of proclamation of State of Emergency. What is your take?

It is not so much about what the Commission thinks. It is about the 1999 Constitution, which stipulates that a governorship election must hold every four years. There is hardly anything anybody can do about it. We are a nation governed by law and the law must take its full course. INEC is only giving effect to what the constitution says.