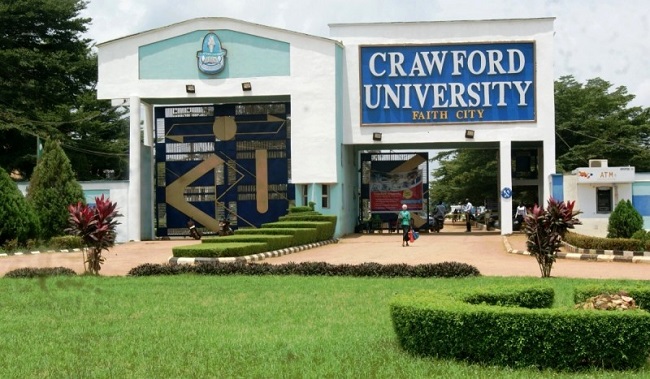 Crawford University, Igbesa, Ogun State, has explained how it was able to graduate the final year students for the 2019\2020 academic year who COVID-19 general lockdown met in school in March.

The university said it was because of its capability to switch over, without delay, to e-learning platforms with all students across levels learning from home and later combined that with the physical classroom learning when the government ordered reopening of schools nationwide.

According to him, the blended classroom learning mode is made possible and effective because the university had before then exposed its students to e-learning.

Speaking through the Deputy Vice-Chancellor, Professor Alaba Simpson, at the briefing, the vice-chancellor said all the graduands for the 2019\2020 academic session would be graduating on Wednesday.

He, however, did not give their details as regards their total number and performance, saying these would be revealed on convocation day.

While listing inter-collegiate debate, musical concert, marathon race, football match, parent forum meeting, university meeting with the host community, alumni reunion, convocation lecture and award ceremony for graduands as activities for the nine-day event, he said Dr Francis Layiwola Fatona, a petroleum geologist, is a convocation lecturer and to speak on “Entrepreneurship: Its Impact on Youth and National Development” next Wednesday.

Professor Kolo, who assumed VC’s role in the university recently, also disclosed that Chancellor of the faith-based university, Dr Emmanuel Adebayo Adeniran would preside at the event, while the duo of Professors Peter Okebukola and Oyewusi Ibidapo-Obe, who are Chairmen of Board of Trustees and Governing Council of the university respectively, would address the gathering.

He said Crawford University also makes sure that every student from 200 level irrespective of their courses of study is meaningfully exposed to entrepreneurial and Information and Communication Technology knowledge and skills so as to prepare them well for the world of work ahead of graduation.

He said many students outside their normal courses of study are already into vocational works such as soap and detergents making, Ankara materials fabrication, photography, event planning and decoration, fashion designing etc. while the university is also looking at exposing them to technical knowledge in areas of ICT, electronics and alternative energy.

He said the university would not relax in producing well-rounded graduates and in mandates of research and community services.

He, however, urged the Ogun State government to without further delay, reconstruct Atan-Agbara road and make it motorable for users, saying the deplorable condition of about 18 kilometres stretch of road is greatly hampering the economic and social development in the axis and also the education sector including that of the university.

He said many people including parents of the students of the university who loved to do one thing or the other in Igbesa and neighbouring communities up to Agbara and Atan are being discouraged to do so just because of the deplorable condition of the only access road in the axis.