How we moved Ogun Property Investment Corporation from near-moribund to a N60bn company – Ex-MD, Odusolu 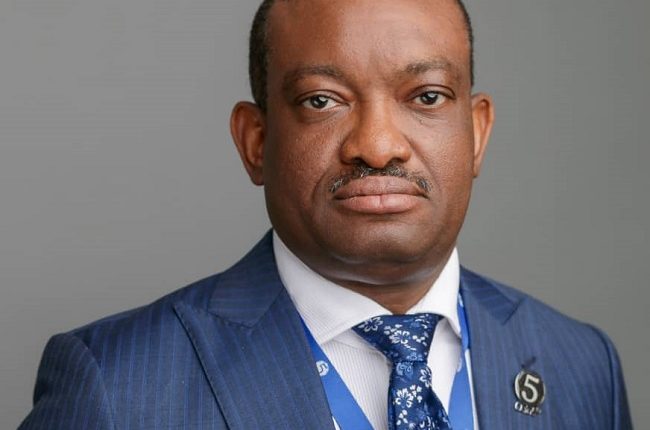 Mr Babajide Odusolu, former Managing Director, Ogun State Property and Investment Corporation (OPIC) has given insights into how he turned around the affairs of the corporation during his six-year tenure. Speaking with newsmen on Friday in Lagos, Odusolu who served as OPIC MD from 2013 to 2019 said that he and his team moved the ‘bureaucratic’ corporation to a profit making, profit minded company.

According to Odusolu, in the about 29 years that OPIC existed before his appointment, the company had not remitted up to N100 million to the state government account. He added that in the six years that he ran the corporation, the Ogun State Government got over N1.9 billion in remittances from OPIC. “By the time I was sworn in, the maximum OPIC had ever contributed to Government coffers was about 20 million Naira cumulative. For all the over 20 years it was in existence I don’t think it was even up to 100 million. But within a six year period, with the active support of His Excellency the Governor and his encouragement, OPIC did more than 1.9 billion in remittances to the state government.”

“We went from a corporation that had assets that were undermined and undervalued to one that did a turnover of 18.7 billion within a six year period. OPIC did not get subventions from the government; we had to generate resources to fund all our work. Because the government was averse to commercial loans we also could not borrow, so what we did was to invest and recapitalize all the returns we got from our various projects. Despite doing that, we were still about to deliver returns of N1.9 billion to the state government. During this period, the government mandated us, in conjuction with other agencies, to turn around the Gateway Mortgage Bank. We were able to turn it around and make it a going concern; all within this six year period,” he said.

Giving insights into the state of the Corporation before he was appointed, Odusolu said that he met OPIC being run like the usual civil service establishment, with grossly undervalued assets, demoralized staff, bad offices and broken down equipment. He also added that there were serious security challenges in OPIC’s estate in Agbara where land grabbers had taken over a lot of the estate’s land while many clients were in gross default of their repayment obligations.

He added that with marching orders from Gov Ibikunle Amosun, he had to conduct a reorientation of staffers, improve the morale of staff and business language, while also moving at top speed to turn OPIC around. “That meant I had to take people who only understood civil service language and teach them to understand the language of business, all while moving at top speed to restructure the entire organization.

“We carried out a forensic audit and found out that over 500 hectares of our land had been basically grabbed by people who had not paid for them. Working with the state government, we had to conduct massive security sweep in Agbara and restore sanity. It was so bad then that industrialists had abandoned their factories and flour mills while trucks were broken down everywhere; there was nothing going on. We had to go in there, restructure and do everything to make it work. We were able to between 2013 and 2015 we were able to deliver over 15 km of road networks in Agbara, recover all the lands that had been stolen, encourage and attract new industries.”

“After we succeeded in doing that in Agbara, we moved to Abeokuta the state capital; it was still a civil service town. There was nothing that appealed to industries to stay there. What we used to have was that most companies would come to Abeokuta for meetings and then leave for Lagos. We were able to deliver Orange Valley Estate, which was the first gated community in the whole of Ogun State. There we delivered 66 semi-detached duplexes between 2013 to 2014.”

The former OPIC MD added that about four multi-million dollar industries came in due to the intervention of his administration “After we finished, based on our track record, we were able to get a partnership with Family Homes Fund, which was a Federal Government-backed initiative to build affordable houses in Nigeria. OPIC won a contract to build 1020 housing units at New Makun City. That is still ongoing as we speak”

Odusolu also pointed out that the track record of OPIC spoke for it as the corporation was invited to handle one contract after another. He said that OPIC handled construction works at Isheri, an area which he should have been the Lekki of Ogun state but was then largely undervalued and ill maintained. He said that OPIC built 188 housing units in Isheri before moving on to build VIP Housing in Abeokuta which metamorphosed into the Mitros Residences Hotel shortly after its construction.

The former oil and gas worker as well as legal practitioner said that at the end of his tenure, the corporation whch was barely recognized had a total asset of about N60 billion. “Until we came, OPIC just took land without improving it and sold it as it was. By the time we were leaving office in May 2019, if you valued the total assets of OPIC, it was a 50 to 60 billion naira corporation. We had lands we had recovered and fenced and were available to developers. We also had the Mitros Residences which is a massive investment and a very profitable one for the state government,” he said.

The party also said that immediately the Caretaker/Extraordinary Convention Planning Committee was put in place after the NWC’s dissolution, the crises that had characterised its affairs were laid to rest…We increased OPIC remittances

The Emir of Zazzau, in Kaduna State, Alhaji Shehu Idris has died in his palace at the age of 84…We increased OPIC remittances