How we intend to reduce the effect of climate change ― GText boss, Stephen Akintayo 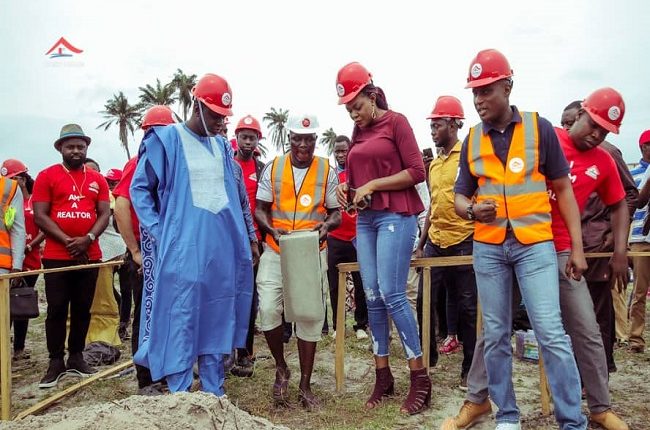 With its latest estate, Jasper Gardenia estate, leading real estate company in Nigeria, GText Home has set in motion its vision to build 25,000 Green and Smart homes, between this year and 2035.

Poised to reduce housing deficit in the country, GText in 2019 kicked off a N10billion low-cost housing project to assist low-income earners in the country achieve their dream of homeownership.

According to the Chief Executive Officer, GText, Stephen Akintayo, Jasper is a Green Housing estate intentionally planned to reduce the effect of Climate change.

In his words, “we started real estate subsidiary five years ago and we’ve been in business for 12 years, and for us, when we decided to go into building houses, we said we cannot go the way others have gone; the world is going green, everybody is talking about climate change and we want to make a statement in Nigeria. We are not just talking about building green homes, we’ve started smart homes.

What is unique about Jasper Gardenia is not just a smart home that residents will open, put on the light and the TV from the phone, it’s an energy-efficient homes, eco friendly, a home for the future.

I don’t see any better opportunity in terms of investment than this.

For those that want to buy the house and rent it out, the people that will rent the houses are expatriates working in the axis. There are 40,000, people working in the Dangote refinery and will not owe rent; 6000 Indians and 3000 Chinese and many of them are living in temporary shelters and a good number of them will need houses when the refinery kick start next year so, we are already ahead of time.

I will personally get the people that will rent an apartment here.

We have two-bedroom Terrace, we are also building three-bedroom, five-bedroom and duplex, all smart. We’ll have a swimming pool, we are partnering with a company in New York to start recycling wastes that will be used in this estate so, we are also generating our own energy.

He added, “90 per cent of our customers have never seen any of our estates before, that’s the level of trust. A lot of our customers trust us than the government because we are opened and transparent.
“We will be the largest estate developer in Africa and between now and 2035 we will build 200 of such houses.

“Our goal is to build 25,000 green and smart homes. In five years, we’ve moved to seven estates, and we are launching five new estates in September.

People are asking why there are huge concentrations of estates in Ibeju-Lekki, the answer is that it is the new Lagos, it is the first city that had been well planned in Lagos State, every other place just happened.

On his part, the contractor for the project, Adeyemi Adeniyi, “Jasper is put together to enhance luxury living and also to enhance the benefit of green housing in Nigeria and Africa at large so, the whole concept is for the luxury houses to be surrounded with plants for the generation of electricity and also for pumping water and for the residents to breathe fresh air.

The housing units are affordable.

The major selling point of the estate is that it’s a greenhouse, and the target clients are the middle class and the high earning.