How we have fared in the last four years, entertainers speak 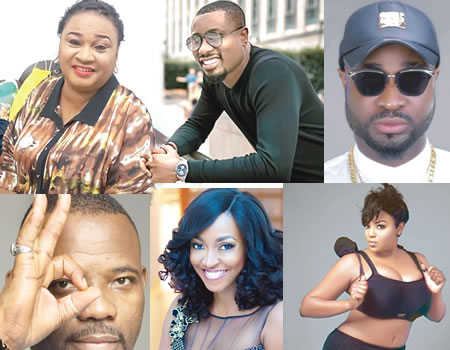 The entertainment industry in the last four years under the current Federal Government, led by President Muhammadu Buhari, has not had it rosy despite the promises by the government to address some of the problems bedeviling it. Stakeholders have equally bemoaned what they described as the sheer neglect of an industry that is said to have given the country positive international image.   While the government has engaged the creative industry stakeholders a few times in its bid to create an enduring structure, which will, in turn, make regulation seamless, concerned entertainers believe the industry has largely been self-funded. As the country is about to witness the birth of a new democratic dispensation that would last another four years, entertainers who spoke with our correspondent hinted that the indices are not there to show that much would be done in the next four years. SEGUN ADEBAYO speaks with some entertainers, who shared their hopes and expectations.

The truth is that this current government has not done much for the entertainment industry like the past government did. We have had the government say that it would create an enabling environment for entertainment stakeholders but I have not seen anything tangible in the last four years. The indices are not there to show that much will be done in the next four years. Look at the rate at which young Nigerians are leaving the country in drones, you will know that something is not right in the country. Before now, those youths would have moved into music or other entertainment related fields to eke out a living but they are either living the country or taking up crime. This is not a good sign as far as I am concerned. The entertainment industry has done a lot for this country in terms of projecting the country’s image positively to the rest of the world. A lot has to be done because more problems are coming if nothing is done to address some of the issues we keep facing. We have seen the upsurge of young people into internet fraud that you all call Yahoo Yahoo. Another problem is the issue of insecurity. Don’t forget that the entertainment business thrives on security. Many people go on different locations to shoot their movies or music videos, but with the rate people are being kidnapped now, no one is willing to do the job again. There is fear everywhere and nothing seems to be done. The government has to do more because what I can see is a government that is fast growing and booming with no intervention from the government. Is it not sad that an industry is growing and the government of that country has not input in it.

He has high libido, always demanding for sex, sleeps with other women in our room —Wife

Let us keep deceiving ourselves that we have a listening government, we will see where this will end. What we are seeing is politics devoid of ideologies. Politicians are just looking for where their bread will be buttered. It is politics of business. I hope things change in the next four years for the entertainment industry because we have to do what is right. 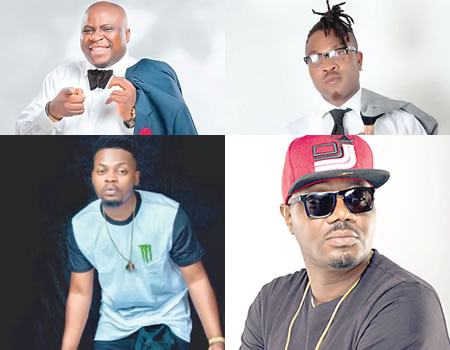 I have not seen any growth in the last four years. The industry has only been sustaining on its own. This government has refused to market this country well hence reason foreign investors are staying away. In the first place, look at the issues of insecurity. Kidnapping is on the increase and nobody is safe as far as I am concerned. The industry is growing on its own. Don’t ever think the government is responsible for the growth you see in the industry. No Politician is ready to contribute anything meaningful to the growth of the industry and it is very sad. They see entertainers as miscreants who don’t amount to anything. It is sickening where we have found ourselves but we have to keep hoping that things will change.

For me, I think the government didn’t pick up on time when it came in four years ago, but over time it woke up to its responsibilities and made some moves to reassure the creative industry of its readiness to address some of the challenges we are facing. I only that this current picture we are seeing is sustained in the next four years. Government should look for ways to create enabling structures that would help the job we do. It should make fund available to those who have shows and make it a single signatory so that we don’t have to go through the rigour of getting funds that will not even come. By now, we should have world class purpose-built event centers for entertainment-related events. For me, I think the greatest challenge this government needs to nip in the bud is insecurity. Nothing will work if the society is not safe and secured.

I will say in terms of policies being discussed, the government has shown what it can do but that has not translated to action or implementation. I believe the government used the last four years to settle down and speak with the stakeholders on how to move forward. I hope to see changes in the next four years. We have had enough discussions on how to put the right structures in place, I want to see the implementations of those policies. Honestly, I see sincerity of purpose; hopefully it will translate into better implementation.

I want to implore the government to secure our society and make lives better for the citizens. We have seen glimpses of what to expect in terms of infrastructural development. Insecurity remains a big challenge and I expect the government to be ruthless in tackling the problem and raise our confidence level.

The government needs to do more to secure the society. The condition of living is quite on the high side but I can only wish the government all the best. The next four years, I expect to see growth in all sides of the economy. I hope to see structures in the entertainment industry that would help entertainers to trust that proceeds of their hard work and sweat will come to them. I understand the government is overwhelmed and I am not holding brief for anybody, I just want things to work properly. There should be enough food and security for the common man. When lives are secured, we will all be happy.

I am looking forward to another four years that would bring about the change the government promised. The last four years, I don’t think the government has done enough for the common man. All the policies they rolled out have not been friendly with the masses. People are suffering and it is understandable. The economy is in a bad state but I expect things to pick up as soon as possible. We can’t afford to waste another four years making announcements that are not followed by decisive actions.  I charge the President to do the needful for the masses and justify the confidence they have in him.

I hope to see a better Nigeria where people love each other and live in peace. I hope to see another four years that will translate to wealth and peace of mind for the people. We can’t afford to do things the same way again. I wish the President all the best.