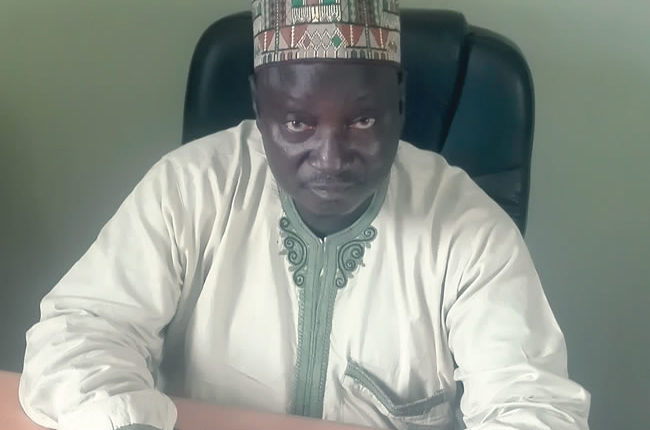 The Director of Sharia (Hisbah) Committee in Kebbi State, Alhaji Abubakar Mohammed Augie, in this interview by AYODELE AJOGE, speaks on the role of Hisbah, a security organisation, in combating social vices in the state and its relationship with the police and other security agencies.

What is Hisbah and what does it do?

Hisbah, in Kebbi State, focuses on civil issues and, to some extent, criminal matters. Hisbah was formed to protect the dignity and interests of all, Muslims and Christians. We operate Hisbah in Kebbi State with the intention of promoting moral values among members of the society. The importance of Hisbah in a society cannot be over emphasised because it covers all aspects of human existence. It may interest you to know that a lot of cases coming to Hisbah centre on abandonment of children, dispute among married couples, and inheritance, as well as criminal cases like rape. But we usually refer rape cases to the police for investigation, which is to say that Hisbah in Kebbi State operates in conjunction with conventional security agencies.

Most of our cases are handled with other security agencies before they are taken to court. Hisbah normally serves as prosecution witness but in civil matters, especially ones that have to do with inheritance, we ask a complainant to write a petition because the issue of inheritance is taken care of in the Holy Qur’an. After receiving your complaint, we take it to court for necessary investigation and prosecution. Settling cases of inheritance is one of the achievements of Hisbah.

What is the relationship between Hisbah and the police in the state?

Since the inception of Hisbah in 2000 during the administration of former Governor Adamu Aliero, we have been working hand in hand with the police and other security agencies. Whenever the need arises, we consult them because Hisbah cannot operate alone. We follow the due process. We follow federal laws, state laws and local government edicts. If you have been following our activities, you will realise that we follow the laws and due process, and that is why we don’t have any problem.

How many arrests have you made in the last two quarters of the year, that is, from January to August?

Most of our cases are just resolutions between parties under Islamic laws. We call it ‘suhu’ in Hausa. These are civil matters, not criminal matters, issues like divorce-threatened marriages and disputes between farmers and herders. We handled 154 of such cases between January and August. We entertained 10 cases of child abandonment within the period under review. When an abandoned child is brought before us, what we do is to make an arrangement with security agents. We give such a child first-aid treatment before taking him or her to the hospital after which we take the child to the police who in turn take him or her to court. The court will now inform the concerned local government and from there, the child is taken to an orphanage. We always follow due process.

Regarding people with mental problems, we recorded eight such cases. Whenever we receive a case of this nature, we take the patients to hospital for treatment. We had two cases of sodomy and the suspects have been arraigned prosecuted. There was a case of an unidentified corpse. We also had cases of forced marriage. We recorded about 10 cases in which fathers were accused of compelling their daughters to get married against their wishes. We resolved all the cases. There were also cases of pregnancy outside marriage, which is against the Islamic laws. We had 14 of such cases within the period under review and they were taken to court for prosecution.

For criminal matters, we involve the police who carry out investigations with the aid of our Hisbah personnel. After investigation, such maters go to court and the police and Hisbah personnel serve as prosecution witnesses. After judgment, whoever is not satisfied is at liberty to appeal their case. Cases of child labour and child trafficking are always disheartening. A child might be brought from a far place and be made to undergo labour in a particular home without adequate care or remuneration by his or her master. We had about nine cases of such cases between January and August. We also received rape cases but we are not the ones that handle such cases. Whenever we receive a report of rape, we refer it to the police for necessary actions. We recorded seven rape cases between January and August.

We resolved 108 cases of various natures within the period. And as I said earlier, all cases are handled carefully by Hisbah in accordance with the due process.

How has Hisbah helped to sanitise the society in Kebbi State?

Hisbah, as a security organisation, was established to protect and promote human dignity. Hisbah is out to make sure that the society is clean and devoid of criminal elements. It is meant to encourage a productive society. At this juncture, I want to appreciate the state governor, Alhaji Abubakar Atiku Bagudu, and the Secretary to the State Government, Alhaji Babale Umar Yauri, for supporting Hisbah in its duty of checkmating anti-social behaviours and tendencies among the people and ensuring a civil society. I also commend the Hisbah personnel and the Department of Religious Affairs for the good job they are doing for the state.