How veteran actor died weeks after he was rumored dead 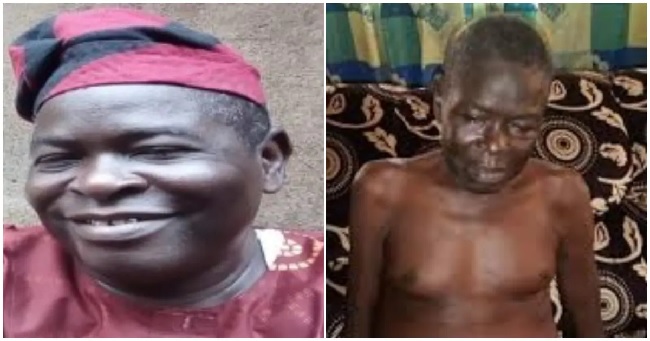 In the early hours of May 2, this year, the internet went agog when a popular blog announced the purported death of veteran actor, Gbolagade Akinpelu, popularly known as Ogun Majek, who was at that time battling a serious illness related to the heart. This raised tension and elicited several reactions from filmmakers and movie lovers who are familiar with the Yoruba movie icon.

It did not take too much time before actors and actresses took to their social media platforms to debunk the rumor and describe it as disappointing and unfortunate. Actress, Foluke Daramola, who is known for her support for veteran movie stars who are ageing and need one assistance or the other, via her NGO Para Africa, in a disclaimer, posted: “Let’s be guided please, this has been brought to my notice and it is so unfortunate. When I saw the news I was so disappointed and I am still disappointed in the blog and please I will appreciate a retraction on this…”

On the 3rd of May, the late Majek in a video which was shared online by a fellow actor, spoke himself and said he was alive and that, though he was ill and was suffering from a serious ailment, he was very much alive and receiving treatment. The Actor who had earlier called out on everyone for help as his health was deteriorating, thanked those who have contributed to support his treatment and also asked for the public’s prayers to survive the ailment.

Eight weeks after the said rumour and several months after battling death, the veteran actor kicked the bucket, as he was reported to have died in the early hours of Thursday, June 25 in his Imalefalafia residence in Ibadan, the capital city of Oyo State. Presidents of Association of Nigerian Theatre Arts Practioners (ANTP) and Theater Arts and Motion Pictures Practitioners Association of Nigerian (TAMPAN), Adewale Elesho and Bolaji Amusan (Mr Latin) have both confirmed his death and described it as saddening.

“It is so sad that he died after struggling with this strange illness. I will just join both members of ANTP and TAMPAN globally and member of the public in morning this great icon. He was a very gentle person, among every one of us, Ogun was very gentle and he was not a troublesome person. I can only pray that may his gentle soul rest in peace and that those of us who he left behind continue to enjoy God’s protection,” ANTP president, Adewale Elesho told Saturday Tribune.

Ogun Majek was prominent among in life time for his fluency in Yoruba language, rich usage of the African proverbs and wise saying, which was evident in the way he interprets his roles, featured in over 100 movies and has joined the numerous veterans who have died in the Nigerian movie industry this year. May his soul rest in peace.

My husband is dating my sister in-law, separate us, woman prays court